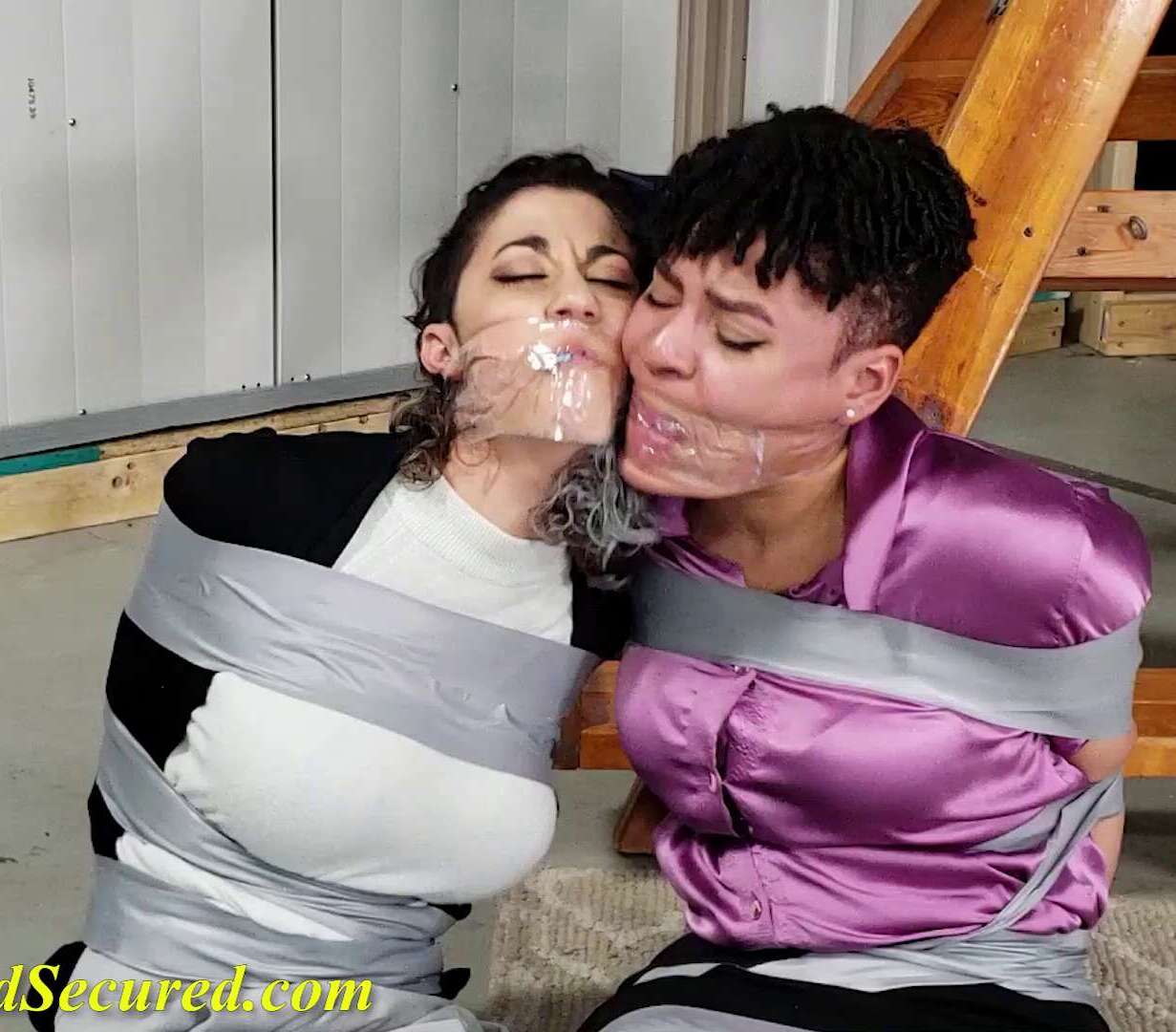 He had the perfect scam, go into the warehouse office after hours, pack up some valuable goods and ship them to the address of his choice. There were, of course, complications, like the two very young, very sexy security guards recently hired by management. Of course, the man was an expert at making things disappear, and two naive young girls shouldn’t be any problem at all! The first one came in as he hid, clutching a roll of packing tape and a rolled up bandanna. She realized something was wrong just a moment too late as he sprang on her from behind, stuffing the bandanna in her mouth before she could scream and taping her hands behind her back with packing tape! He wrapped the packing tape around her mouth sealing in the bandanna, then began to wrap bands of tape around her upper body starting at her shoulders as she stood helplessly. The gag was far too effective for her to alert anyone to her plight, and she was soon wrapped up tight in tape and laid on the floor to struggle while he prepped for her disappearance! Her co-worker soon arrived to find out what had happened to her, and she quickly met the same fate: a gag stuffed in her mouth, sealed in with packing tape, and more tape wound tightly and methodically up and down her body, rendering her every bit as helpless as her friend. No matter how they struggled, they could not free themselves or work off their gags, andas they were finally taped back to back and left to await their final destination, they moaned in helpless fear, knowing they would never be seen again! 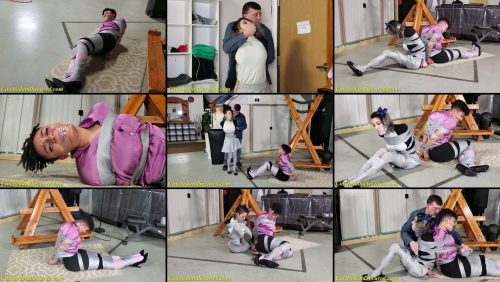