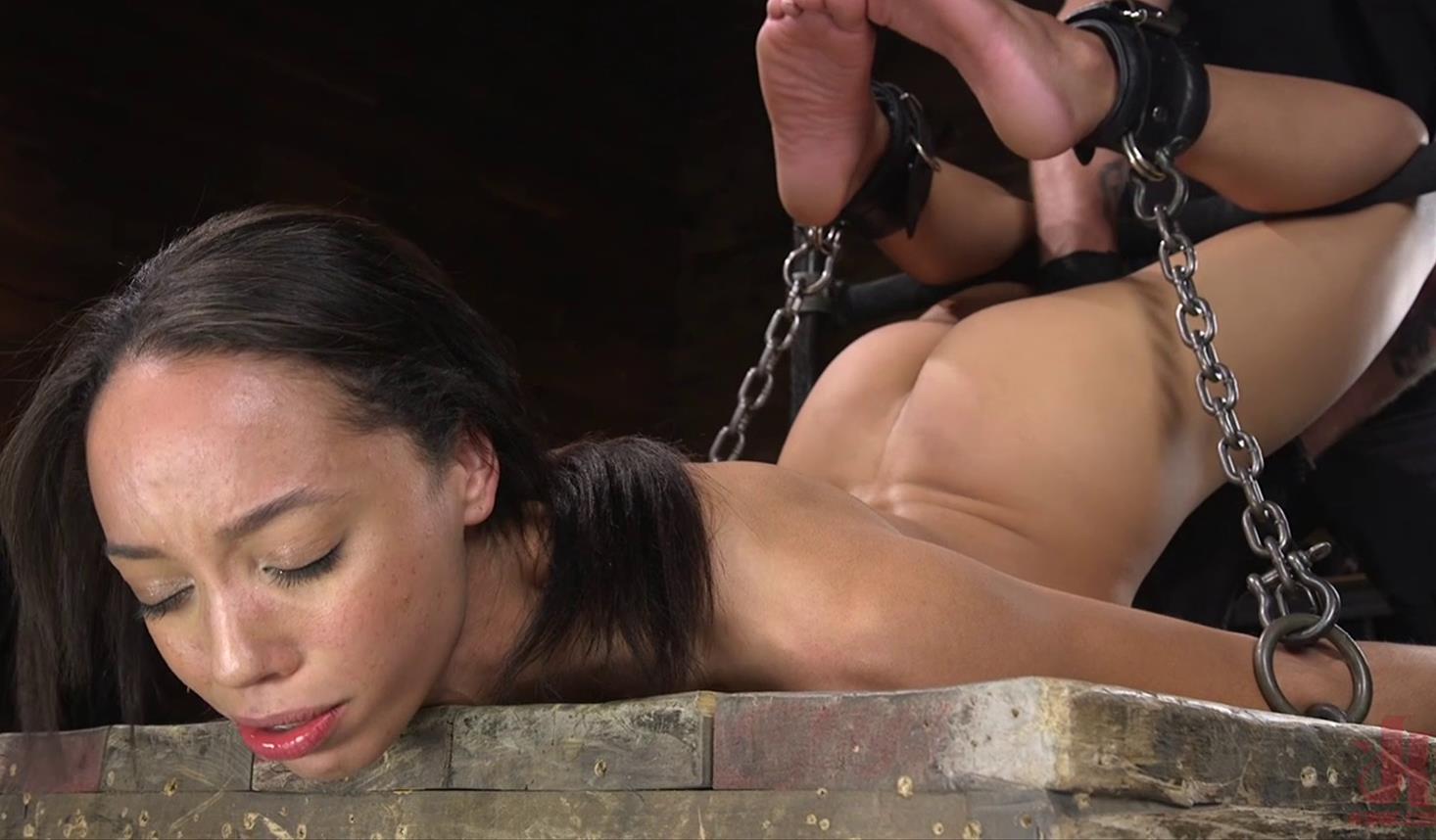 Alexis Tae.The bondage is more diabolical than any other on the internet, and the torment is going to be the most brutal that she has had to endure yet.

Alexis begins her day in a brutal back bend with her young body locked into place with cold steel. The moment arrives when The Pope walks in with a leather flogger and begins to tenderize her flesh. At first she smiles because she is getting just what she wanted, but it quickly turns into more than she bargained for. The sounds of her wimpers and the surprised look on her face when he doesn’t stop is priceless.

Alexis is now completely aware that she has bitten off more than she can chew, but she’s a brave slut and she’s ready for whatever he has in store for her. Next, The Pope has Alexis in a scorpion hogtie, face-down on a wooden box. She is totally immobilized as she awaits her captor to enter and begin the next session of suffering. Her back is bent in a way that increases her suffering, but then he enters with a cane and begins a methodical bastinado session.

The last scene begins with Alexis on her back and her feet exposed and the center point of this device. The Pope does not disappoint this time at all, and issues a brutal foot tormenting scene that leaves Alexis in severe pain. The day closes with several more imposed orgasms to finish her off. 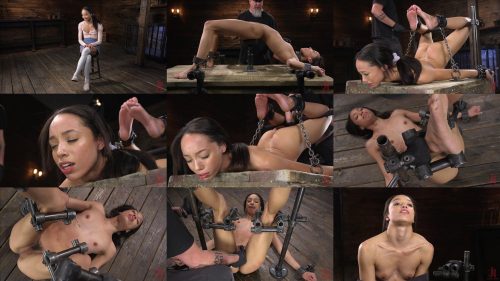