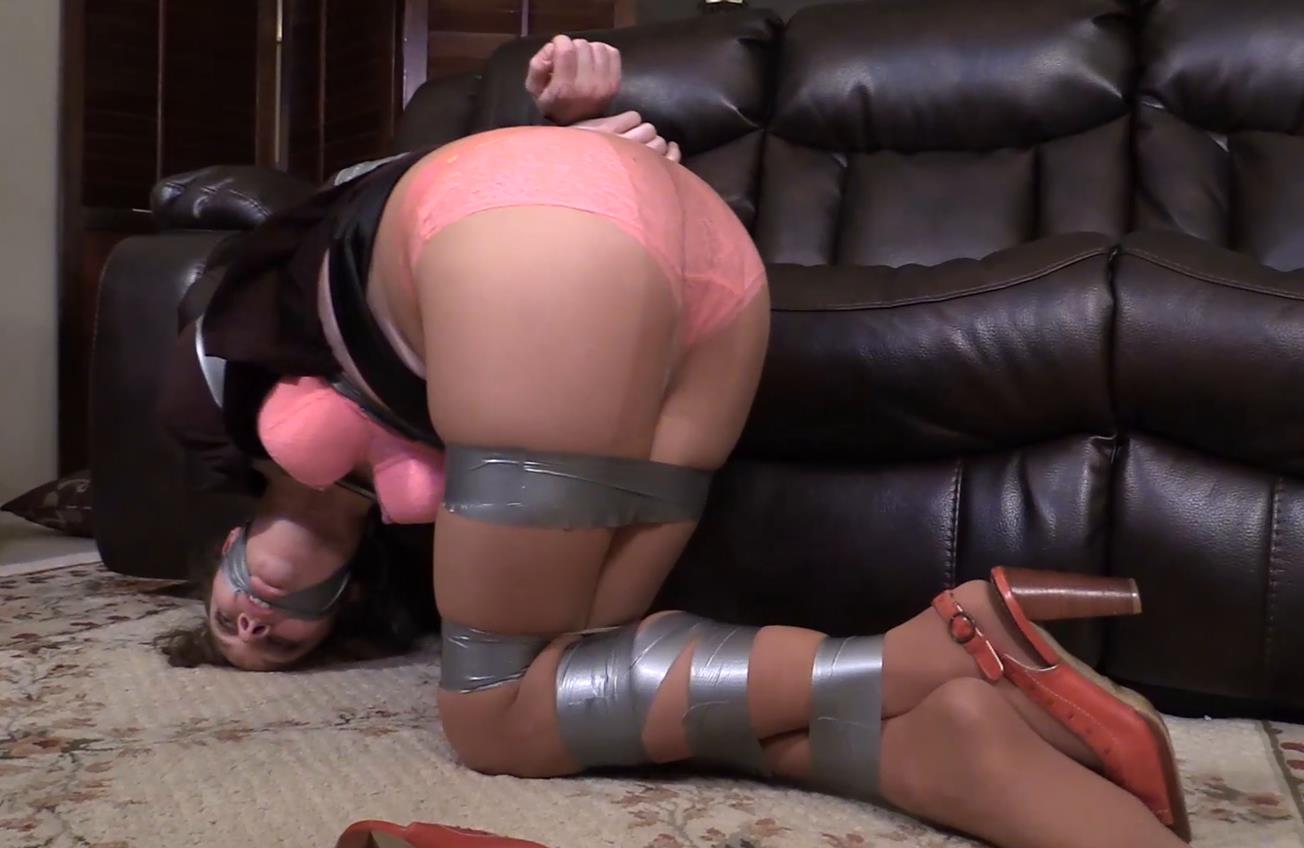 So when her friend called back a short time later, there was no answer. This is because Lauren was now tape bound and gagged. When the phone stopped ringing, the bad guy returned with another role of tape which her used to completely tape Lauren up until she was totally helpless.

He also changed her gag by re-stuffing and tape wrapping her mouth. He then left Lauren to struggle bound and gagged while he figured out what to do with her. Lauren struggled around in her living room bound and gagged. Her only hope was for her friend to become suspicious and send someone to rescue her. 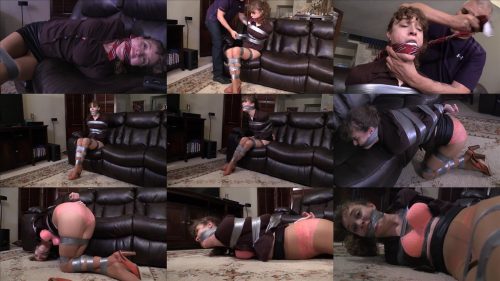