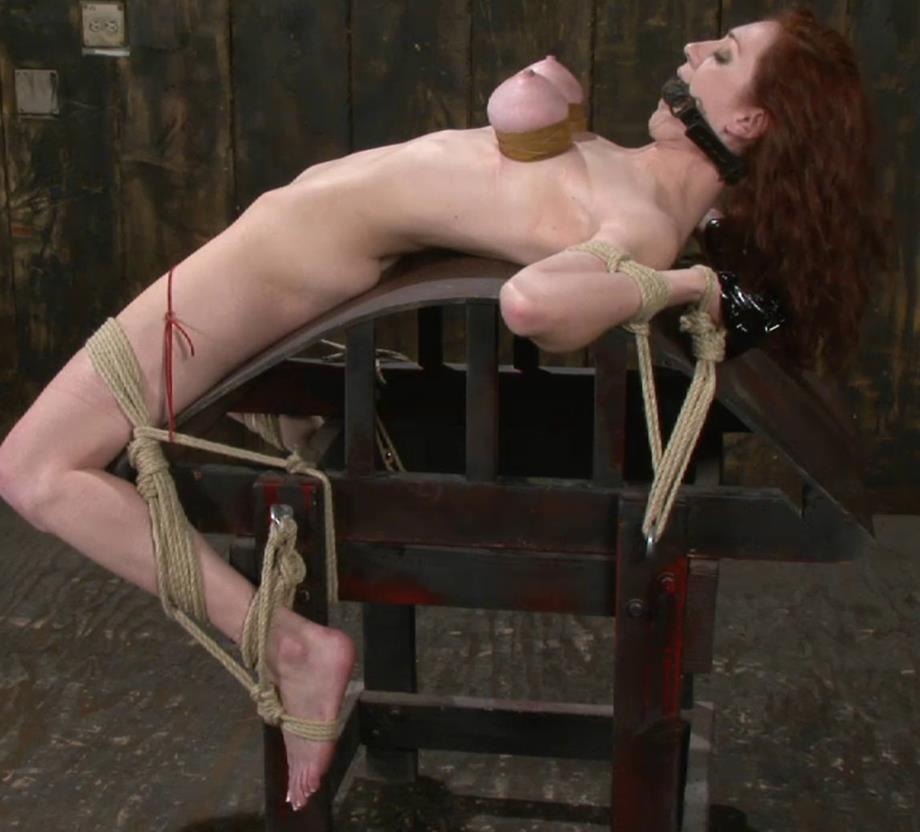 Holly appears to be in quite the conundrum… She’s tied hard and tight, seated on the bed as Damon gropes her pussy. He methodically manipulates her clothing, making sure all the right areas are exposed.

From underneath, Damon affixes clothes-pins to her flesh, slowly covering her beautiful tits. Then he brandishes the cane and works sweet Holly’s body over as she careens through the air. Her pain is not without virtue however, reward is just around the corner as he presses the wand against her clit. As each pin is removed, Holly is one step closer to orgasm…

Taking it all a step further, Holly is then mounted and spread face down. Nipple clamps are attached and weighted and electricity is once again employed as Damon canes his slave thoroughly. Holly’s screams take on an ear splitting level when he gets to her bare feet, and then she is worked to a blistering, orgasmic finale. 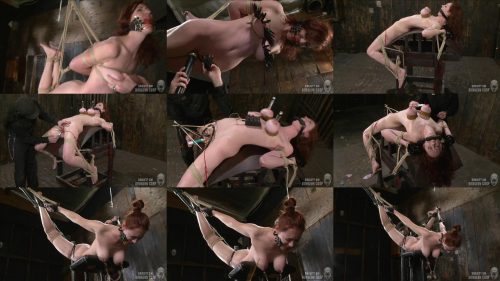