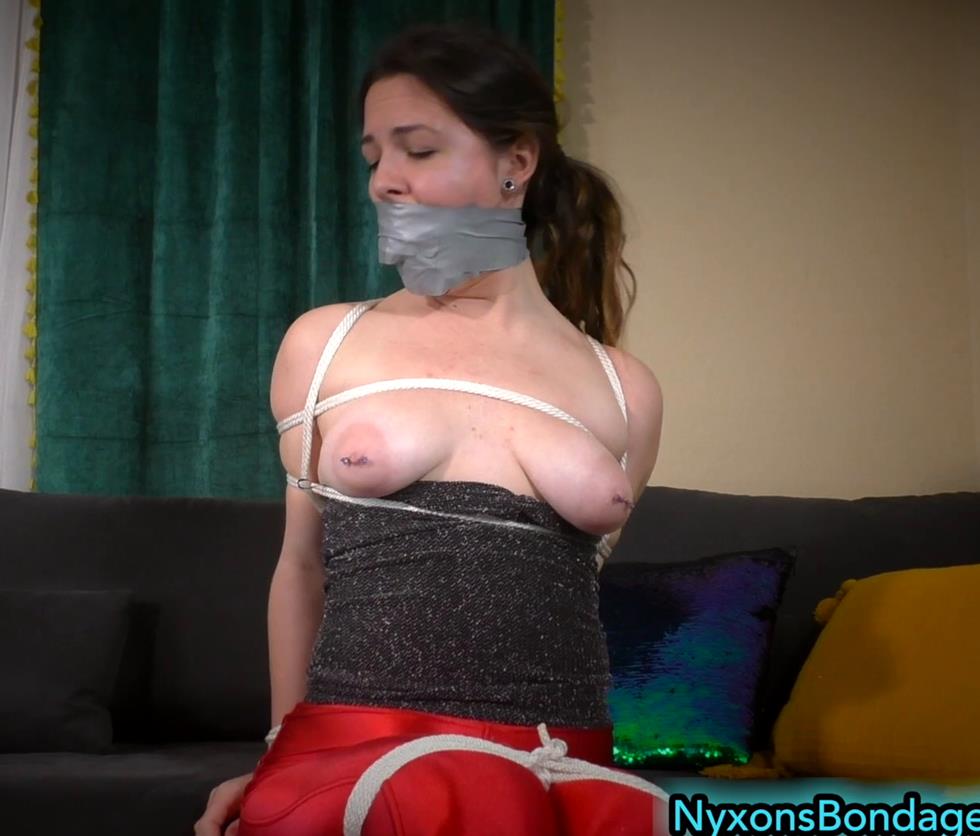 The scene starts out with Kay’s stepmom and her husband (POV) pushing her into the living room and onto the couch. Her hands are tied behind her back and there’s a piece of duct tape over her mouth. Nyxon laughs and tells her husband that Kay is going to fetch a pretty penny for them at auction, and Kay screams from behind her tapegag.

Nyxon rips off the gag, and Kay demands to know what’s going on. Nyxon and her husband explain to her that due to a series of bad investments and frivolous spending, they’re going to have to sell to white sex slavers to pay off their debts. Kay’s eyes go wide and she pleads with them to let her go, even offering to get a second job to help pay down the debt.

Nyxon cackles and tells her that it’s too late. It’s already a done deal. She pulls a large pair of panties from her back pocket, and shows them to Kay. She forces Kay to open her mouth nice and wide, then shoves the dirty panties inside. Next, Nyxon takes a roll of duct tape and wraps it around Kay’s head to secure the dirty nasty panties inside her mouth. She tells her husband that she’s going to call the guy with the transport van, and leaves Kay to struggle. 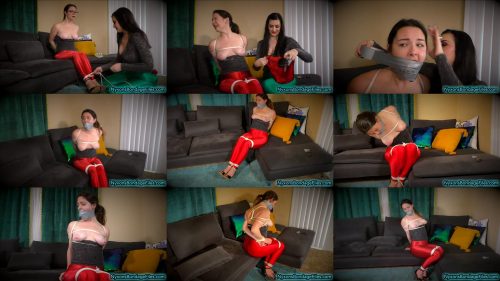