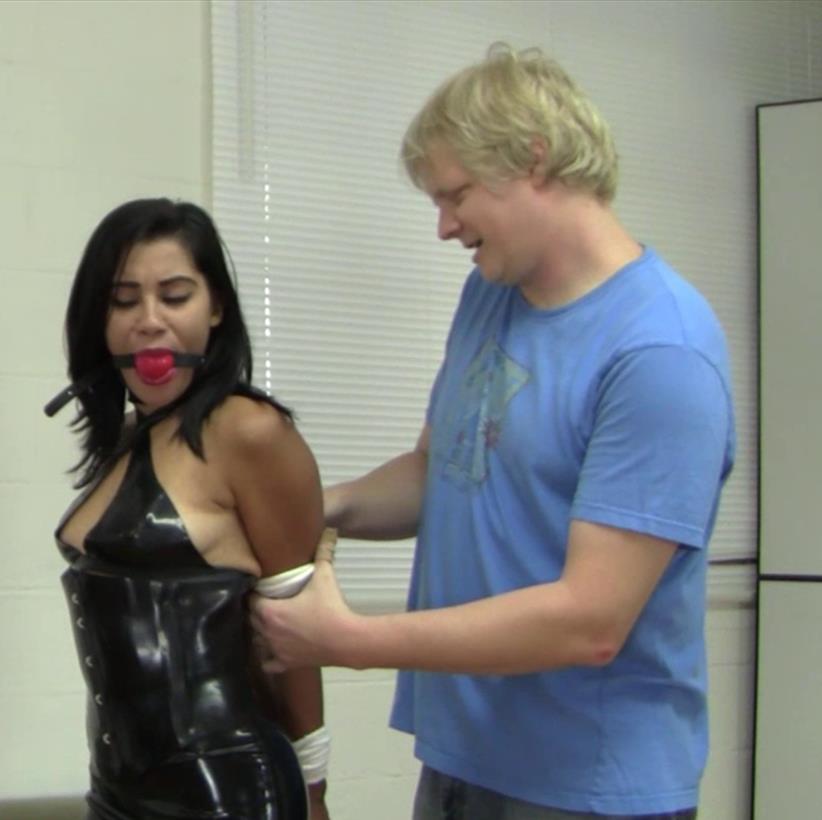 Quickly acting on her harsh mouth and words he gets her in a bit of a choke hold before taking the ballgag that she’s set out for him and shoves it into her mouth gagging her and silencing her complaints. Grabbing more rope he binds her elbows next before giving her the ultimate insult and pulling her onto his lap to bind her legs.

She puts up some really interesting resistance before the man finally overpowers her and binds her ankles together. He’s not done though and adds a body rope to her pulling her arms towards her torso and attaching them tightly. A bit of groping and David heads out leaving her to struggle in her bondage. 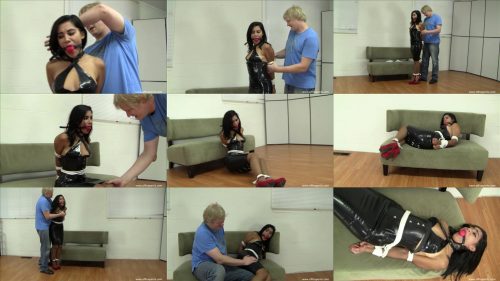