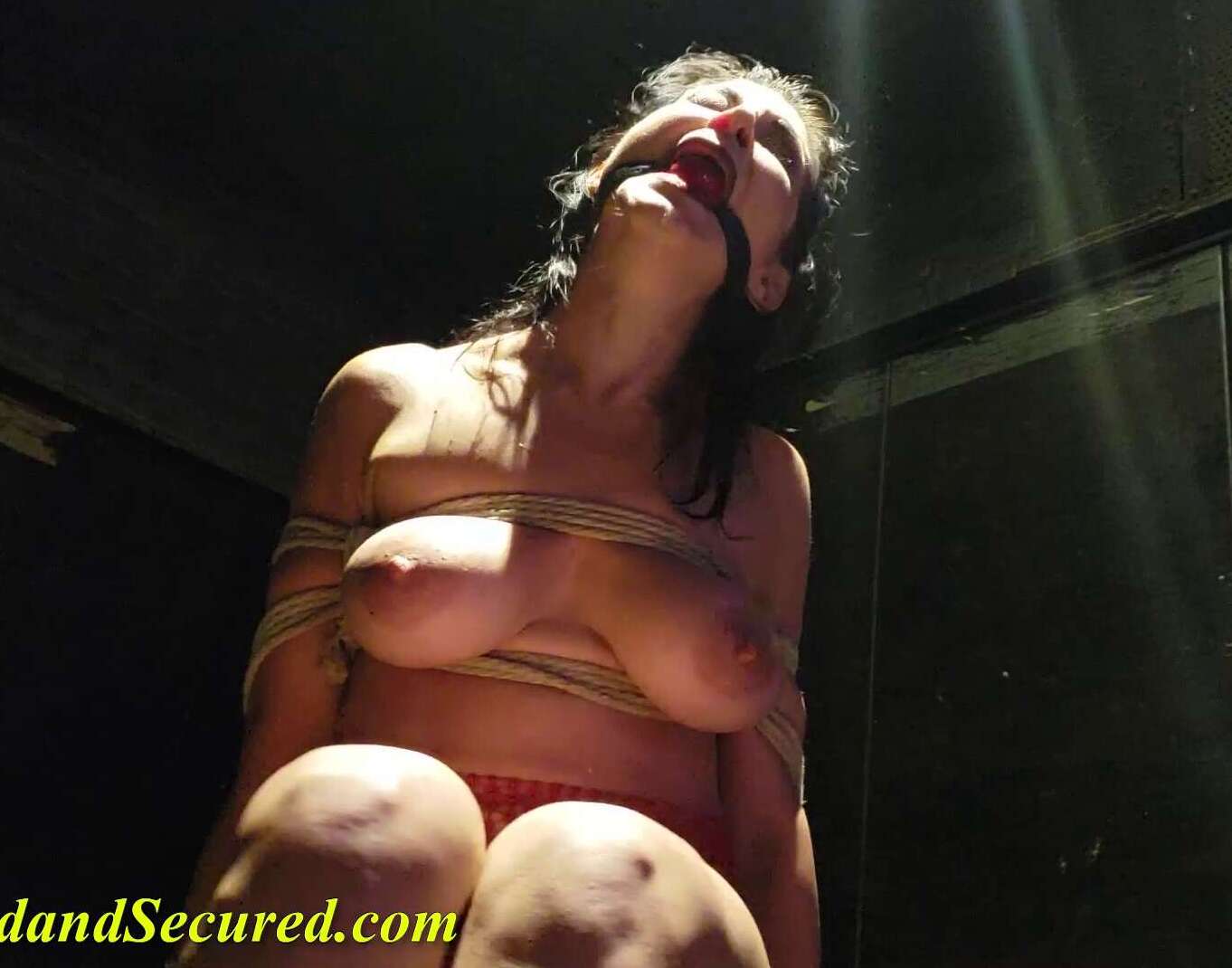 Family bonds are very strong, but when Raven went in search of her missing step-sister, she discovered that rope can be just as binding! Slowly waking after her capture, her wrists bound above her head, her body exposed and vulnerable, her mouth pried open by a large ring gag, she slowly looks about in confusion as her senses return. The fog having cleared from her brain, she immediately remembers her plight, especially the man who put her in this predicament. He enters the room, intent on learning from her just why she’s been snooping in his space. The defiant woman explodes in a string of garbled profanity, saliva pouring from her open mouth as she vows not to tell him anything. He is calm and patient, and the tools in his arsenal leave little doubt that Raven will eventually tell him everything he wants to know. The only question is how long will her resolve last? As the man begins his questioning, she is subjected to riding crops, electrical torment and severe clamps placed on her nipples, all met with howls and yelp of pain. Eventually, she breaks and vows to cooperate, but the time has passed for that. Knowing what she is seeking, he decides to reward her curiosity, leaving her bound and gagged in a disused elevator shaft, the spit running down her succulent flesh as she grunts and struggles to free herself. She’ll be seeing her step-sister again soon, briefly, as each begins their new lives as sexual servants to their new masters…whoever they may be! 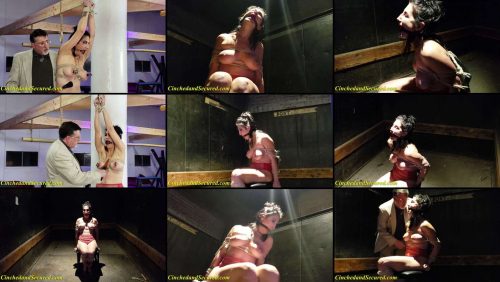