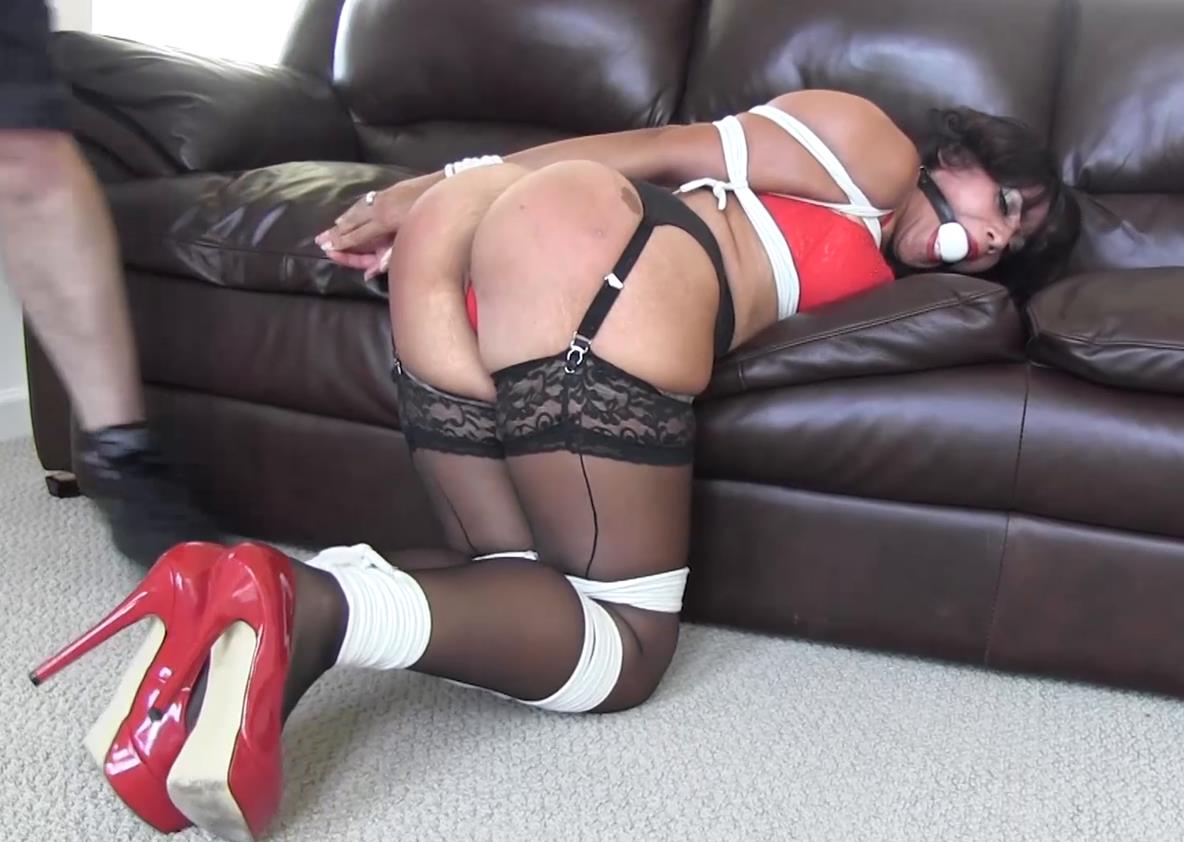 A man has come into Sahrye’s house while she was all alone. He pushes her down on her sofa and ties her hands and ankles. When the man leaves her, Sahye struggles to get loose. But then something strange happens. Sahrye says to herself that being ties like this actually turns her on. “If only my husband would tie me this tight!” she says out loud. She then tells herself not to let herself lose control. Because she worries that the man who tied her will figure it out and take advantage of the situation. But then something bad happens.

The man returns and he has found a ball gag in Sahrye’s room. He now knows her secret, that she is into bondage. Before Sahrye can say anything, the man shoves the ball in her mouth and straps it behind her head. Sahrye can no longer hide it as she starts to moan loud. Then when the man adds more rope to finish tying her up, Sahrye loses it and it is very obvious that she is very turned on. As she moans out loud, she starts drooling through the ball gag.

When the man pulls her dress off, Sahrye tries to beg him through the gag to strip her naked and have his way with her. Instead, he re-gags her by stuffing her mouth with panties and tying a cleave gag very tightly between her teeth. Finally before the man leaves her, he puts Sahrye in a strict hogtie with a crotch rope. He then pulls her bra down and leave her struggling hogtied and gagged with her boobs out. It doesn’t take very long and soon Sahrye uses the crotch rope to force herself into a wild orgasm.