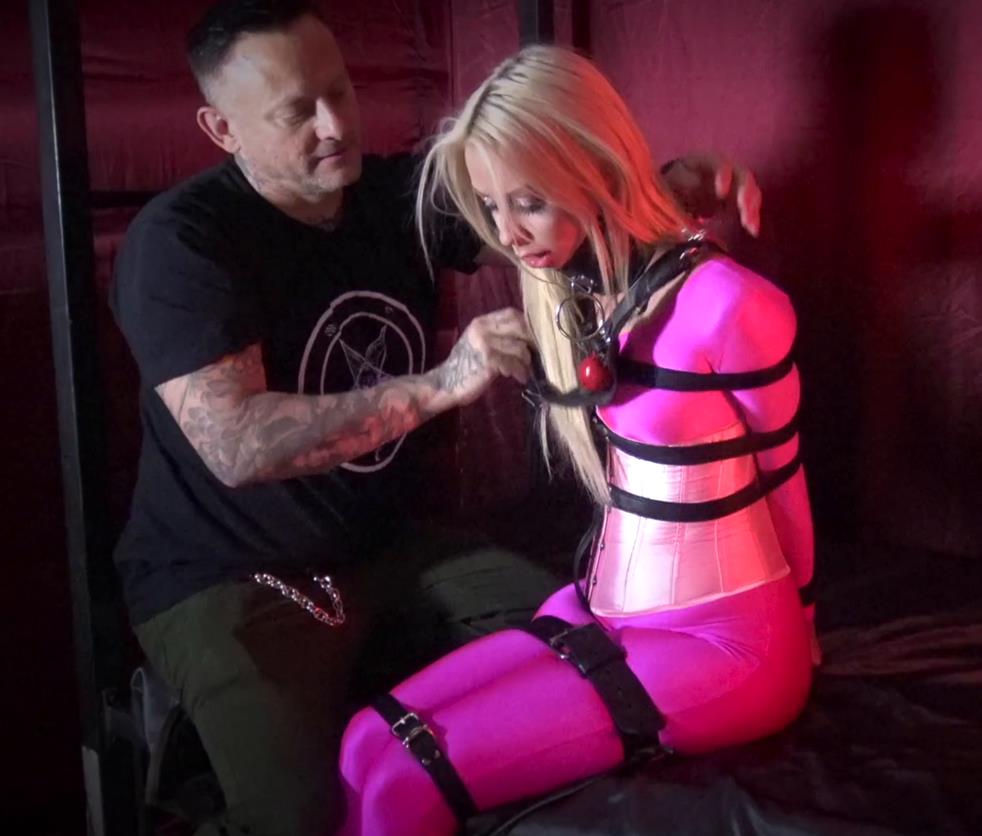 Now that Summer has been tied up for most of the afternoon and most of the fight is taken out of her, she is taken upstairs to a room he has prepared and given a hot pink spandex unitard and corset to change into. Once her new uniform is on, he straps her up tight with a leather harness and belts. He panel gags her and drags her over to the bed. She uses the last bit of her fight to protest, but she is pretty easily overtaken and sat down on the bed. He gropes her though the soft spandex.

“Now then, now that you’re in your uniform, were gonna strap you down for the night. By tomorrow you should be as calm as can be.” he laughs. She protests, but he shoves her down, straps her legs together, and anchors her down to the bed with rope cinchers. “There you are. Nice and cozy?” he asks.. She growls at him.

Over the next several hours, she struggles to get free, but ultimately exhausts herself until she goes out.The next morning he wakes her up and she is much more docile. He sits her up and takes her gag out and she even manages a smile. Strangely, she liked the feeling of being all wrapped up and safe. She likes that he knows what he wants and goes after it. She likes that he knows how to stand up to her bratty ways. Maybe she was wrong about this guy. Maybe tonite she’ll ask to sleep all strapped down again. 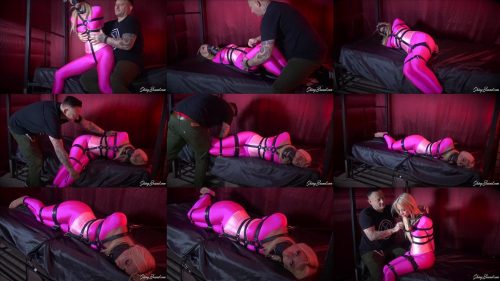