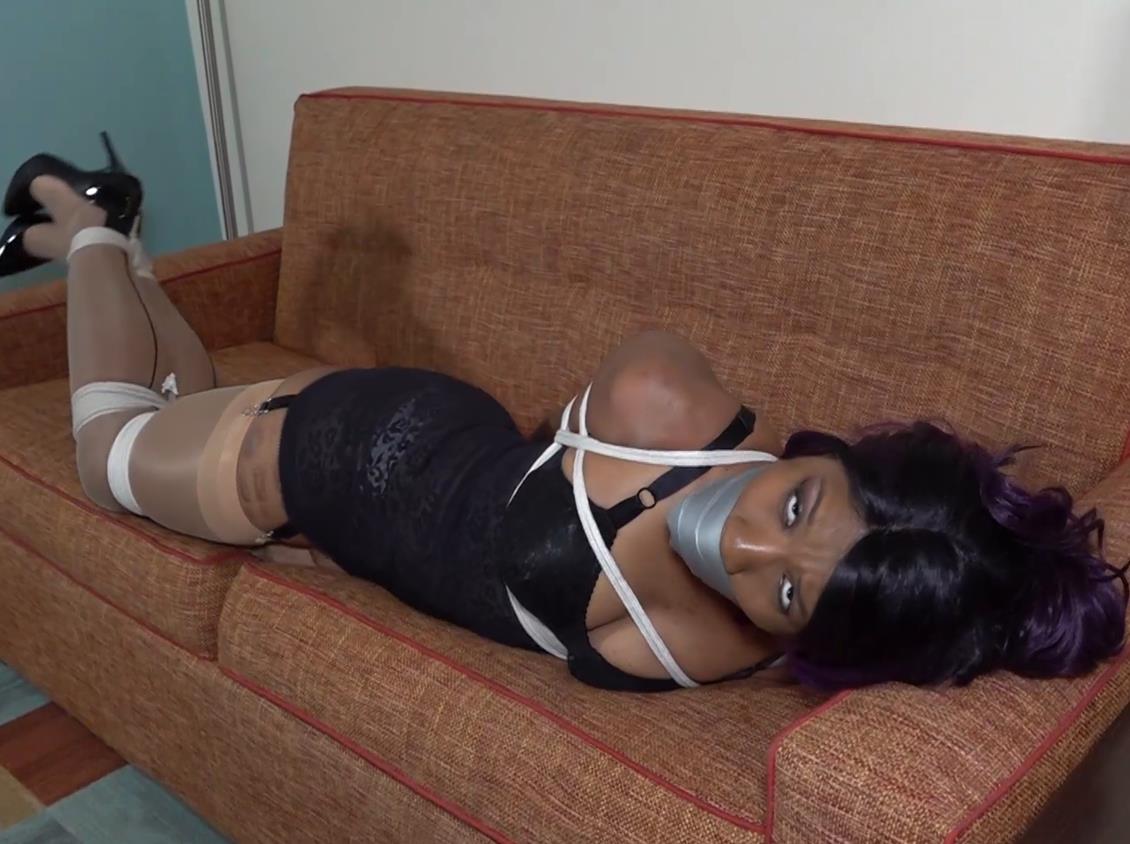 Cupcake and her boyfriend have stole this guy’s car. When he catches her, she offers the man sex in exchange for him not turning her in. But, first she sets it up so the man can get his car back. But, then she refuses to go with him to the location.

Because she doesn’t want her boyfriend to know that she is the one who told the man where the car is. Since the man does not trust her to remain at his place while he is gone, Cupcake suggests that the man tie her and gag her. So when he returns, she can carry out her part of the bargain.

This turns out to be a win win situation for Cupcake because not only is she not going to jail, she is also going to get to live out one of her biggest fantasies of being tied up, gagged and fucked while is totally helpless. Cupcake even allows the man to tie her up in just girdle. Sometime later, Cupcake eagerly awaits the man’s return as he left her hogtied, crotch roped and gagged with her tits out. 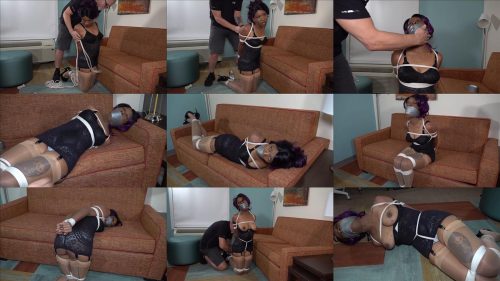 Crystal Frost is taped – Grunting muffled complaints gagged with panties - Crystal struggled but sh...
Rope bondage -- Jasmine Sinclair in the steam room - Jasmine will be completely naked and on show fo...
Raven Right after balled up hanging off the edge - Lewrubensproductions - Raven is bound with the c...
Krystyna Dark is bound and gagged– Gag Me! We don’t want my napping husband hearing us! GNDB0517B - ...
With Hitachi! - Suspension Bondage - Sarah Purple Crotchrope Inversion - Rope Bondage
Xtremely-tight Bondage - Outdoor BDSM Session for Minuit Sasori and Nova Pink
Drooling - Izzebella’s Robbins is Mummified Overload - Cinched and Secured
Crystal Frost is tied and gagged - Rope bondage – I am going to want you to do naughty things to me!...