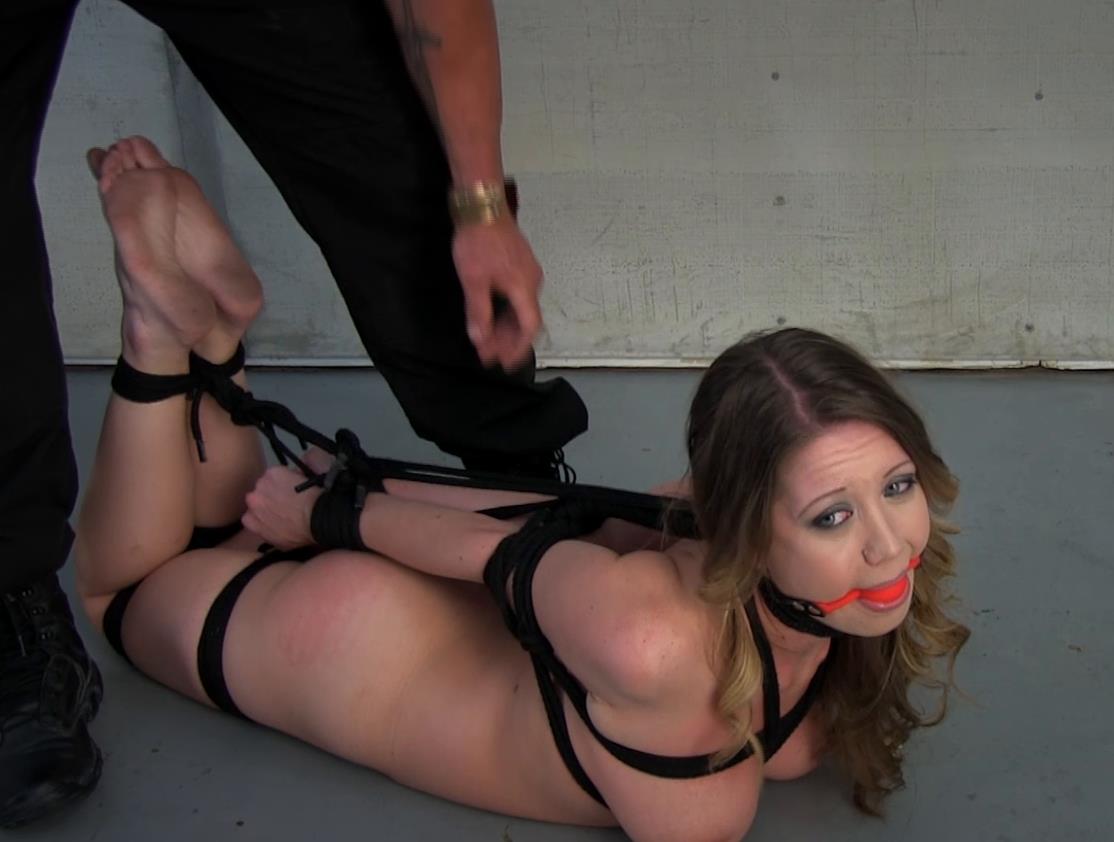 This scene is a fun little flashback to the first time I got tied up by Oakman. I was tightly bound with black rope framing my breasts as well as wrists and elbows pinned behind my back and legs lashed together. I had just received a severe spanking punishment and some truly sadistic nipple torture. Still ballgagged I worriedly looked up at him as he enters back into the frame… not knowing what to expect next.

He proceeds to removes the two pairs clover clamps from my nipples (yes two clamps on each nipple) which of course a very painful experience. It seems as though he is going to untie me but it turns out he isn’t finished roughing me up just yet! He ends up hogtying me and leaving me to struggle on the hard cement floor. I squirm and roll around in an attempt to escape but with no success.

I’ve been tied up for quite a while by this point and the ropes are just too tight! As I begin to give up he decides I need some encouragement and returns to torture my nipples yet again! He applies clothespins to my already sore nipples which prevent me from being able to roll over on my stomach… but he makes me do it anyway!

Then he straddles me with his boots as if was some sort of prize! After groping my bound naked bound he turns out the lights and leaves me struggling helplessly and wondering just how long I will be stuck there hogtied in the dark on the cold dungeon floor! 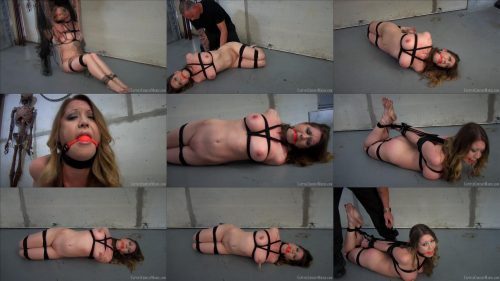