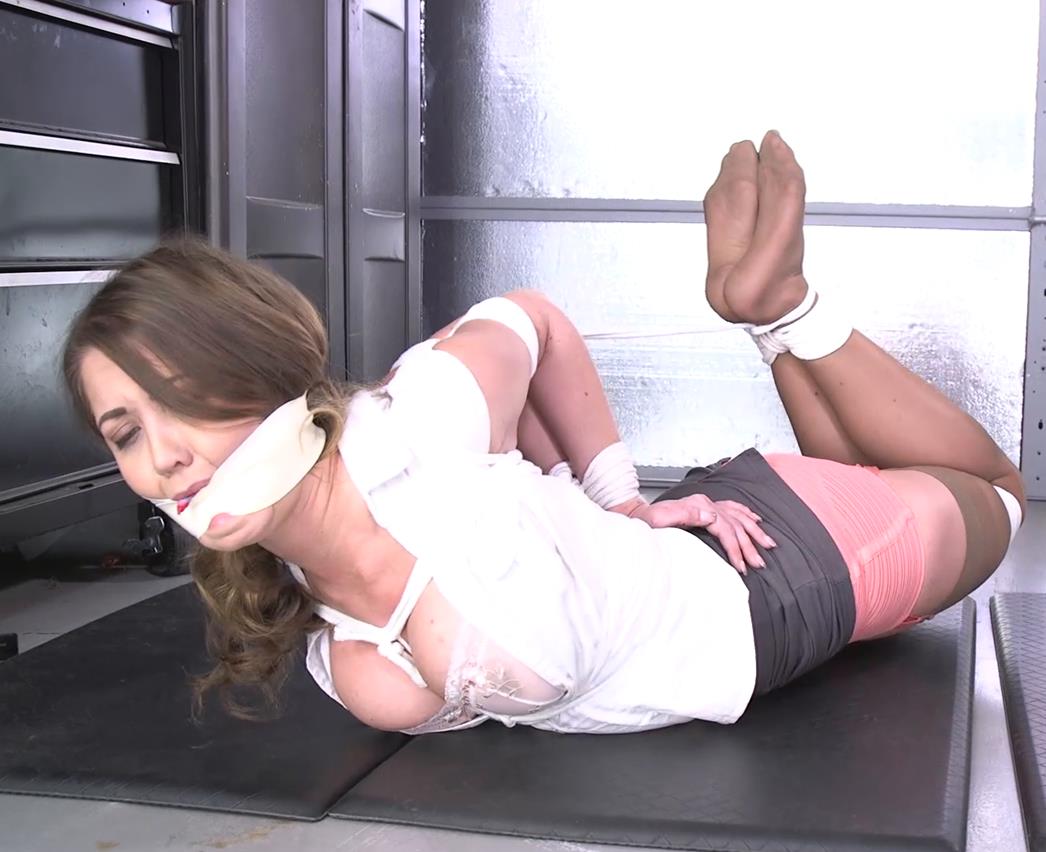 To keep Chrissy out of the way, this bad guy has her locked in a closet. He let her out for a short while so she could use the little girl’s. After she was finished, he told her to get back in the closet. Chrissy begged him not to lock her in the dark closet. She asked him to keep her out of the way some other way.

The man again ordered her back into the closet. But then, Chrissy gave him an alternate idea. “You can tie me up instead!” She pleads with him. A short time later, Chrissy finds herself tightly bound and gagged. At first, she is happy not to be back in the closet.

But then she starts to notice how tight and painful she is tied. Then to make matters worse, the man puts her in a very tight and strict “Chicken Wing” Hogtie. Not Chrissy can hardly move at all and she is in very much pain. Maybe the closet wouldn’t be so bad after all she thinks to herself. 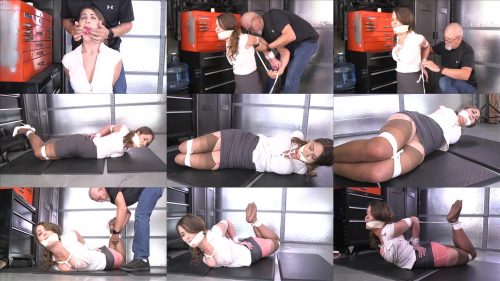