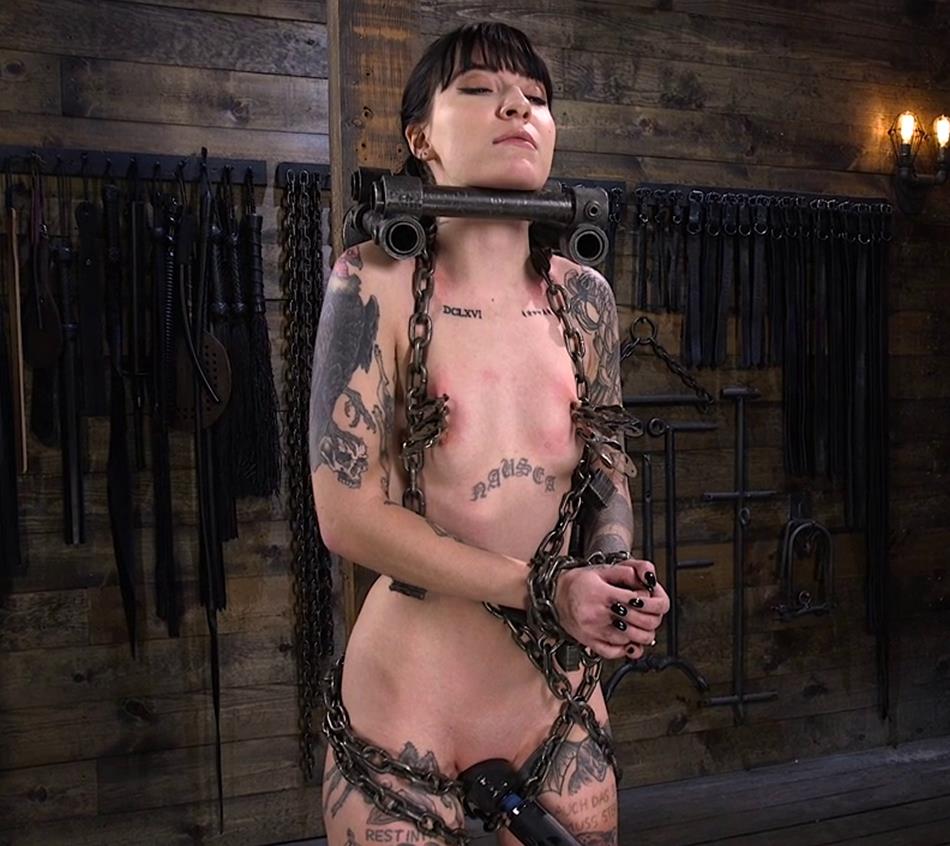 The Pope enters with a fist full of nipple clamps and with one goal in mind, which is to make Charlotte squeal. As he decorates her nipples with clamps, she winces in agony as they squeeze her sensitive nipples.

The second scene begins with Charlotte in a sitting position with her legs spread and her arms pulled out wide. Leather belts hold our porcelain doll in place as he enters and begins to rub her pussy. His massive hands caress her flesh, then squeeze it until she screams, then hits her for maximum effectiveness. A heavy flogger comes out and her ass is beaten with it, then The Pope moves around to the front of her and issues some breath control. 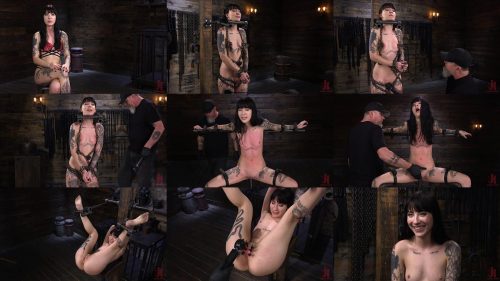