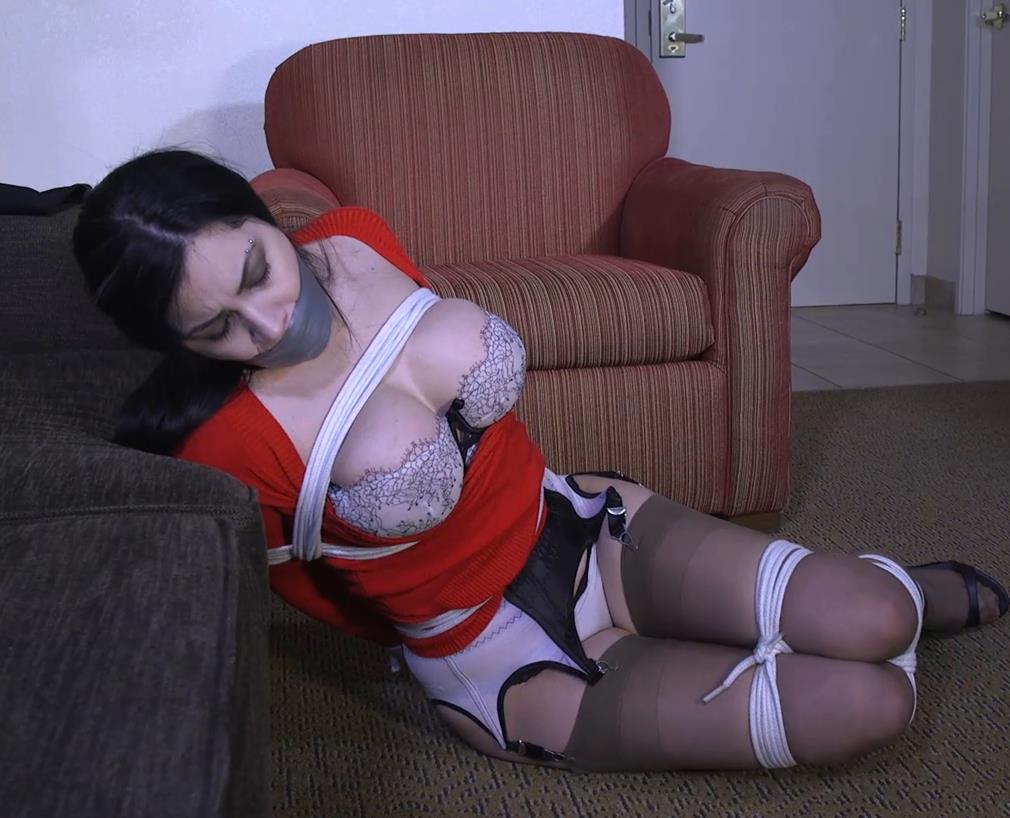 He came into his room to find a strange woman named Cassandra going through his things. Believing she was there to rip him off, he tries to call hotel security. Cassandra begs him not to call, but the man pays no attention to her. But then she starts to come on to him and tells him that she will do anything he wants, if he agrees to Not report her. The man thinks it over and decides he will take her up on her offer. But it turns out what he wants to do, isn’t what Cassandra expected. Because in a short while the man has her bound gagged to act out a kinky fantasy.

Cassandra struggles bound and gagged. She tries to beg him through the gag. “Anything you want, but just untie me!” But being gagged so tight, the man cannot understand a word she is saying. Eventually, the man is going to do very naughty things to Cassandra and more than once. He might even keep her tied up like this all weekend. After all, who is she going to tell. Getting tied up and fucked is much better than getting locked up. 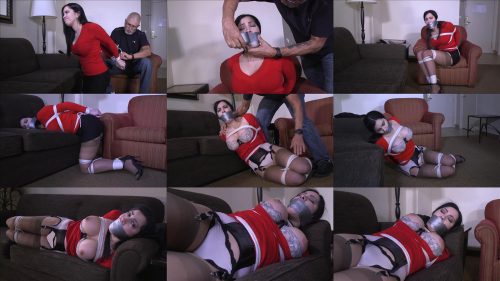