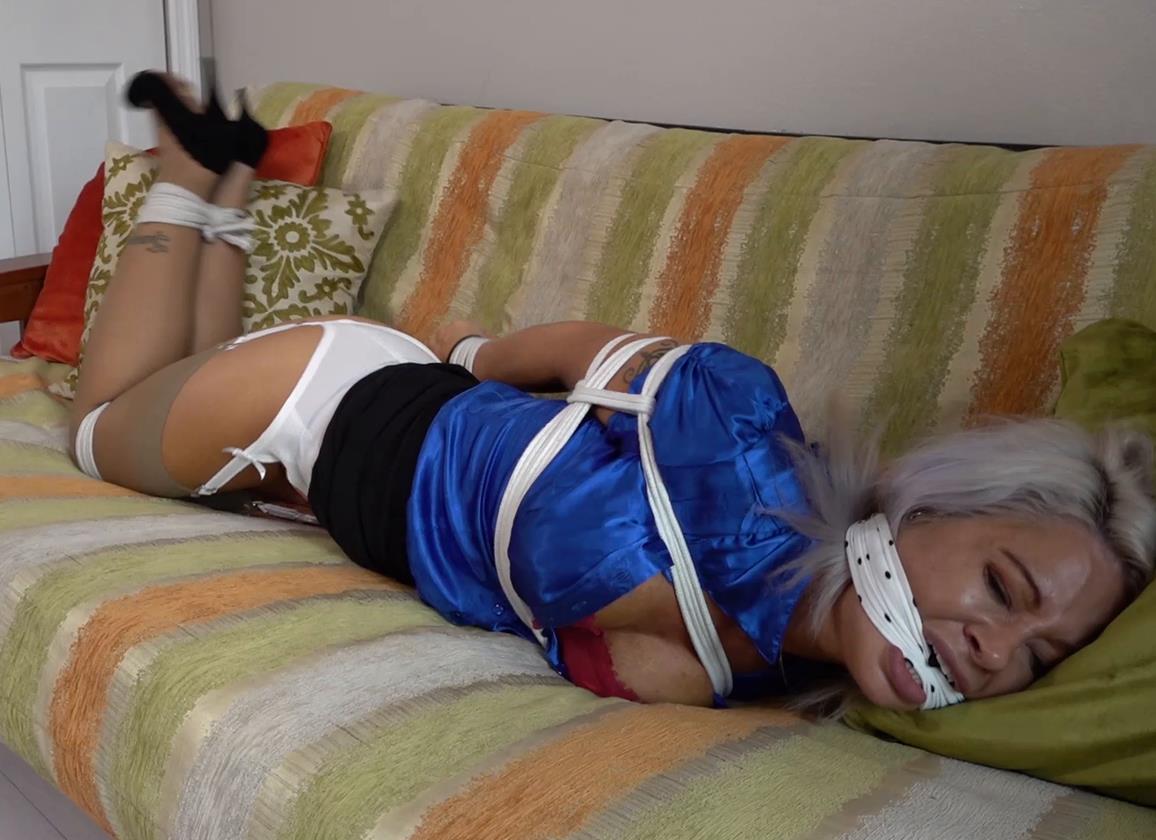 He is the younger guy from next door he is here with his parent who is visiting her parent. She has caught him in her room looking through her sexy underwear. She ridicules him and threatens to go outside and tell on him. But, he gets tired of her remarks as she tries to humiliate him.

So, he ties her up. Adara is furious and demands to be untied. When she refuses to shut up, he threatens to stuff something big in her mouth. “You’re not stuffing anything in my moutmmmpp!” She is cut off when he unzips his pants and stuffs her mouth as he said he would. Adara sucks on him hard and he is surprised that she hardly puts up a fight.

Maybe this is what she wanted anyways he starts to wonder. When he is finished, he gags Adara and watches her struggle bound and gagged. Adara tries to cry out for help through the gag. But, no one outside can hear her. She protests as he pulls her blouse open and exposes her tits. He then hogties her and covers her mouth and nose with another piece of cloth to muffle her more. 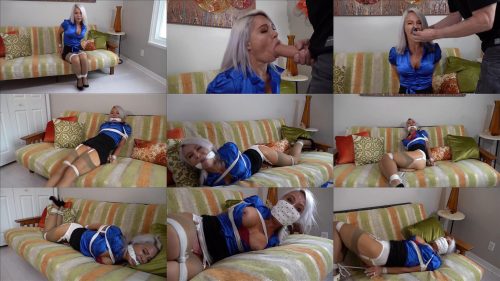