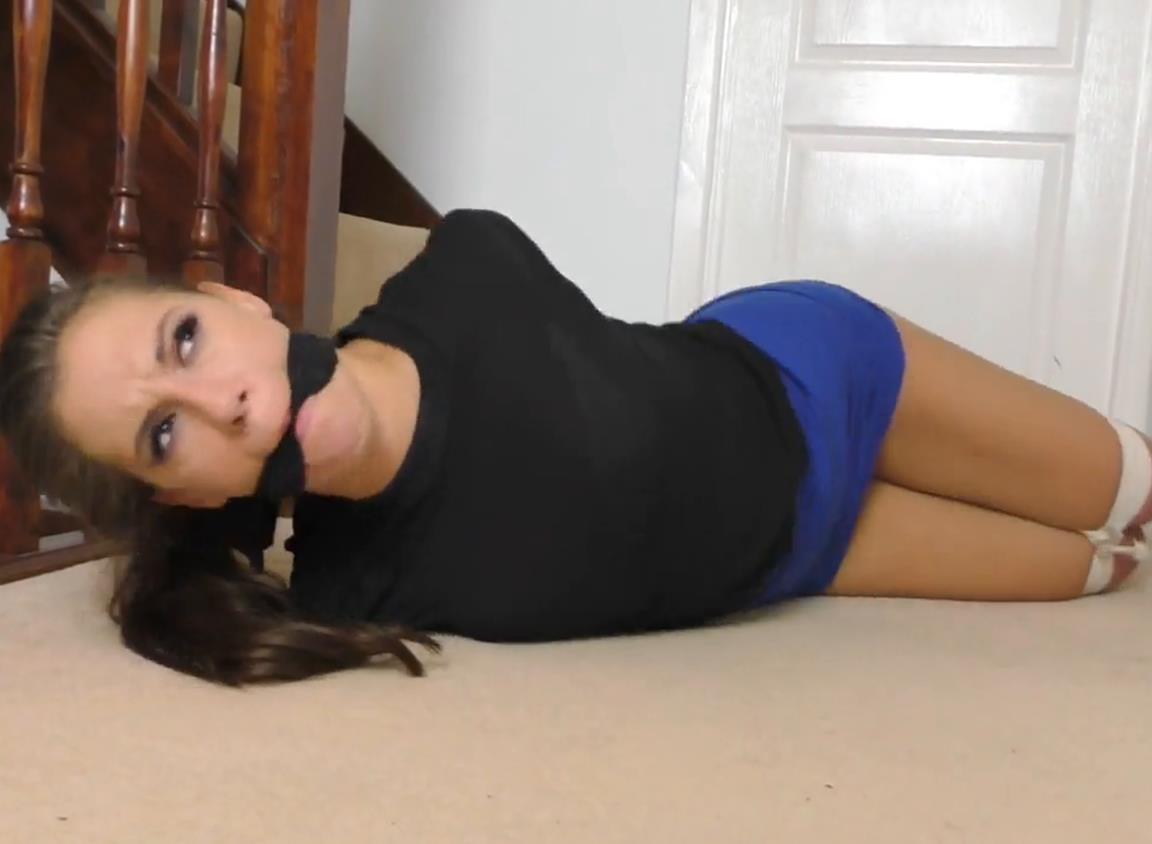 Leggy stunner Becky, in her first outing at our screwed up, gag-thirsty hands, gets some fiery ferocity with her ultra-muzzles here. Ready for a bit of gagged up craziness again then? We know you are! Leggy beauty Becky stars here as Rebecca Silver, some kind of ace reporter or something. Whatever, we say.

But yeah, you know the type. The type who always wind up in deep, viciously bound and gagged instead of securing the scoop they had intended. The legend of the Phantom (aka the Teleporting) Carapace is one well-trodden here at Borderland Square. You may remember other hot young things having tried to establish what secrets it holds, and having come a cropper to the Borderland Werewolf.

Alas, lovely Becky is to be no exception. Wandering through Pork Loinington Manor with her trusted cameraman (why he should be trusted is open for conjecture), Nick, Miss Silver is close to the story. Unfortunately, as they creep through the shadowy old house, something else is close to Nick.

And kaboom. He is clowned out cold and lovely Becky, so wrapped up (oh and she will be too later) in her story, does not notice the new and evilly-alloyed cameraman trailing in her wake. Upstairs, finding what she is looking for, she too goes down from behind. It’s time Time Time 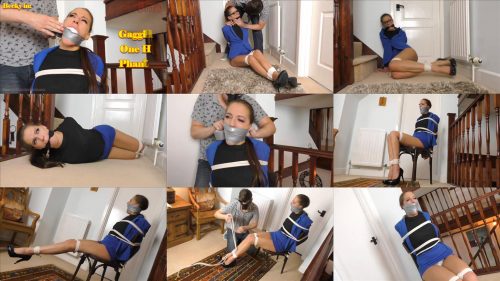 Rope bondage - Gndbondage Janelyn Doe is tied up very tight – JaneLyn is kept bound and gagged down...
Rope bondage - Madalynn is bound and the ropes are tied painfully tight gndbondage – He made me stri...
Rope Bondage - What have you got me into! He has me tied up and gagged! - Bondage M/F
Rope Bondage - I have your cute busty wife all tied up and gagged!
Bound Karina get bondage orgasm – amateure-xtreme - Sybian play - Bondage M/F
Extreme bondage - Diamondly is bound with painful rope - Xtremely -tight hard chair tied and torture...
Rope bondage - Captivating Fantasies – Part Two – Lily Glee’s bound into a seated frogtie with her h...
Bondage M/F - Joy is bound to a pole with a crotch rope and nipple clamps Bound Joy vs. Her Idea - ...