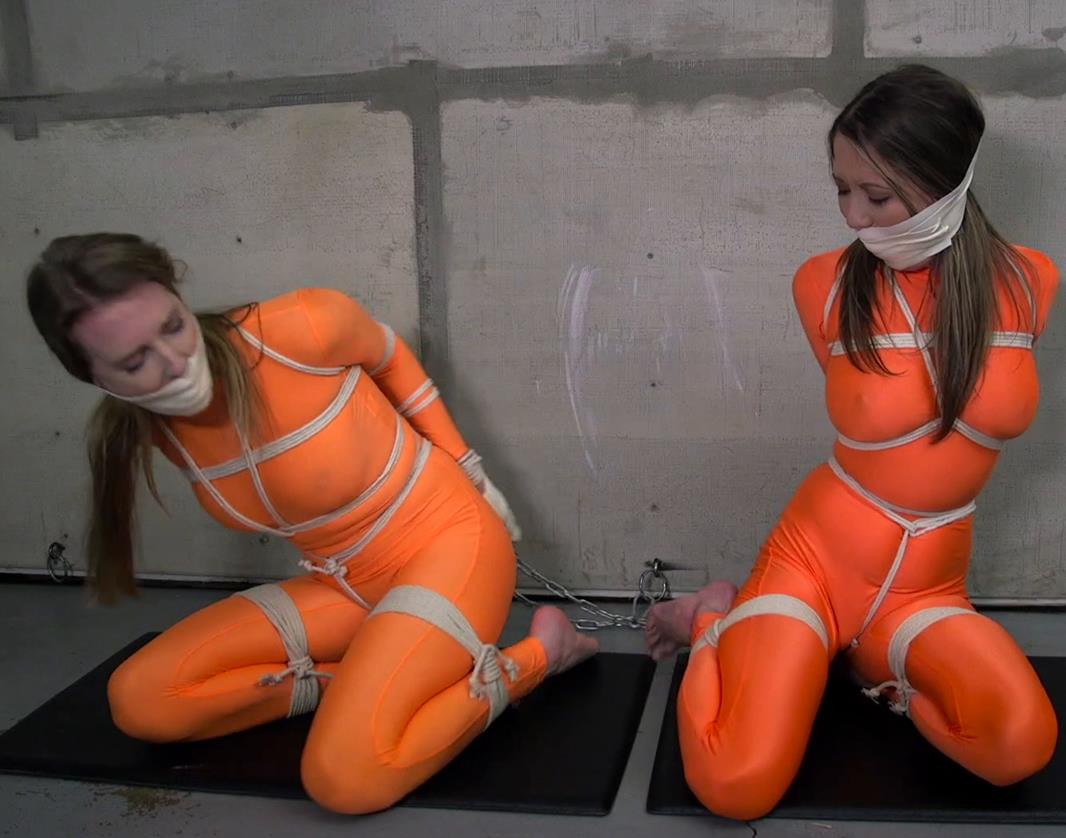 For the last year Chrissy has had but one goal in mind… escape. Now Ashley Lane has been captured and restrained alongside Chrissy after signing her own fateful contract. The two girls struggle to escape, working together in an attempt to untie each other. Unfortunately they don’t get very far before they get caught in the act and are sternly punished by having their hands wrapped in microfoam tape!

The girls proceed to complain and berate their captor and are quickly met with matching ballgags and microfoam strips of tape over their mouths to keep them extra silent. Ashley and Chrissy are left to struggle but it’s not long before they find themselves getting into trouble yet again as the guard catches them trying to remove each other’s tape gags which results in their gags being intensified by having their poor faces wrapped in microfoam tightly over their ballgags, completing their captivity and making their hopes for escape impossible to achieve.

The two helpless cell mates are left desperately struggling to free themselves of the prison sentence that they each so naively volunteered to endure. As defeat and hopelessness set in Ashley and Chrissy scoot closer together and begin to nuzzle each other as they Mmmph and moan from their futile attempts to escape their wicked restraints, periodically looking into each other’s eyes as they cuddle and take comfort in each other’s company. Heavily bound and thoroughly gagged, will Chrissy Marie and Ashley Lane ever find a way out of their tight bondage or will they remain forever Trapped In Imprisonment? 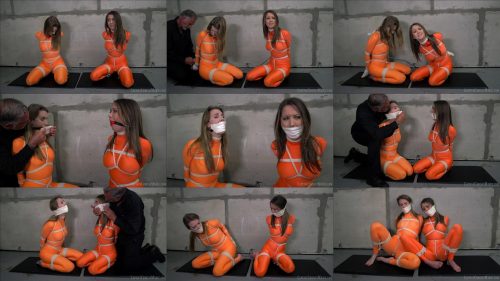