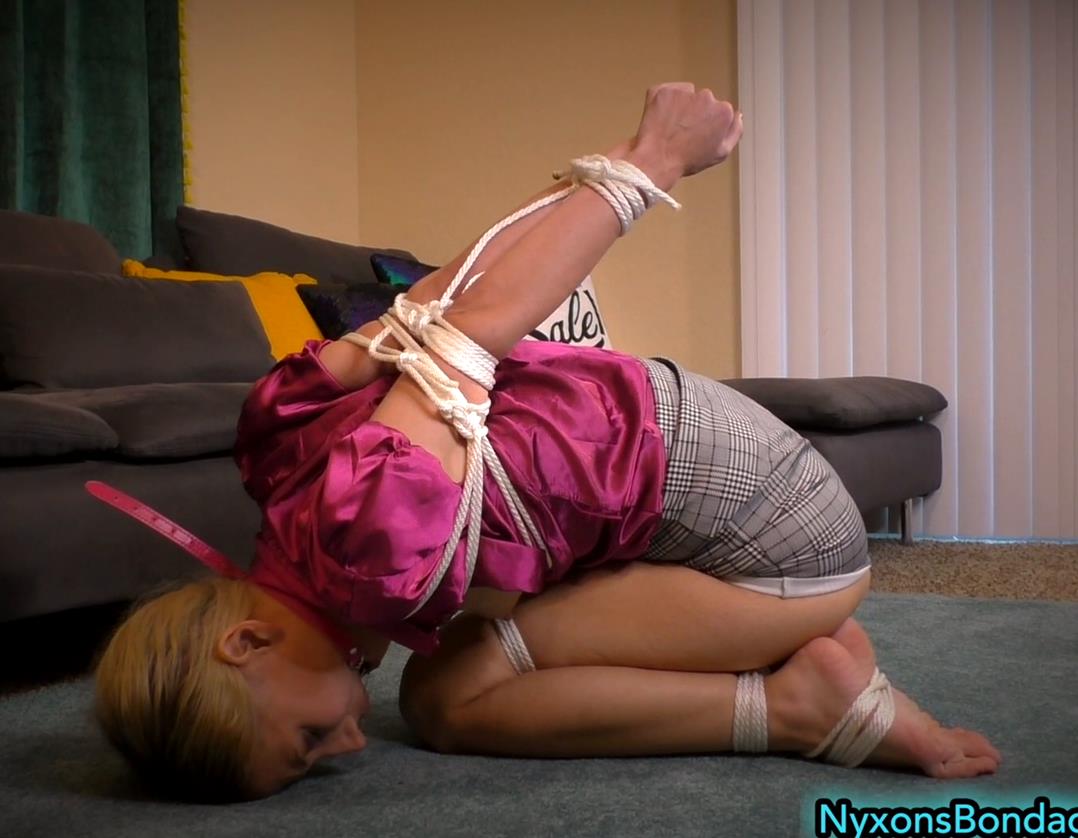 When Nyxon is called into her boss’s office, she thinks it’s because she’s getting a raise. Unfortunately, it was quite the opposite. Her boss, Garnet Rose, tells her that the company has decided to go in a different direction and will be hiring some fresh college graduates. Then, she tells Nyxon that she’s fired. Fired?

Nyxon begs for her job back, but Garnet won’t budge, so Nyxon turns to drastic measures. She grabs Garnet and places her hand over Garnet’s mouth until she goes limp. When Garnet wakes up, she finds herself tied tightly and sitting on the floor.

She tells Nyxon that she’s going to scream for security to help her, and Nyxon shoves a huge double ring gag into Garnet’s mouth. She tells Garnet that the only person getting fired today will be her. 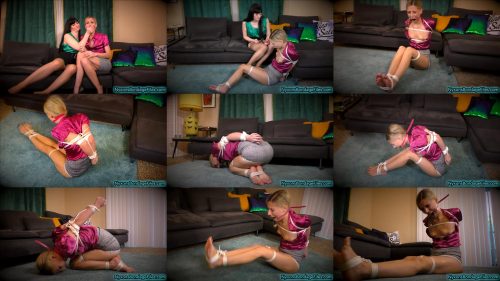