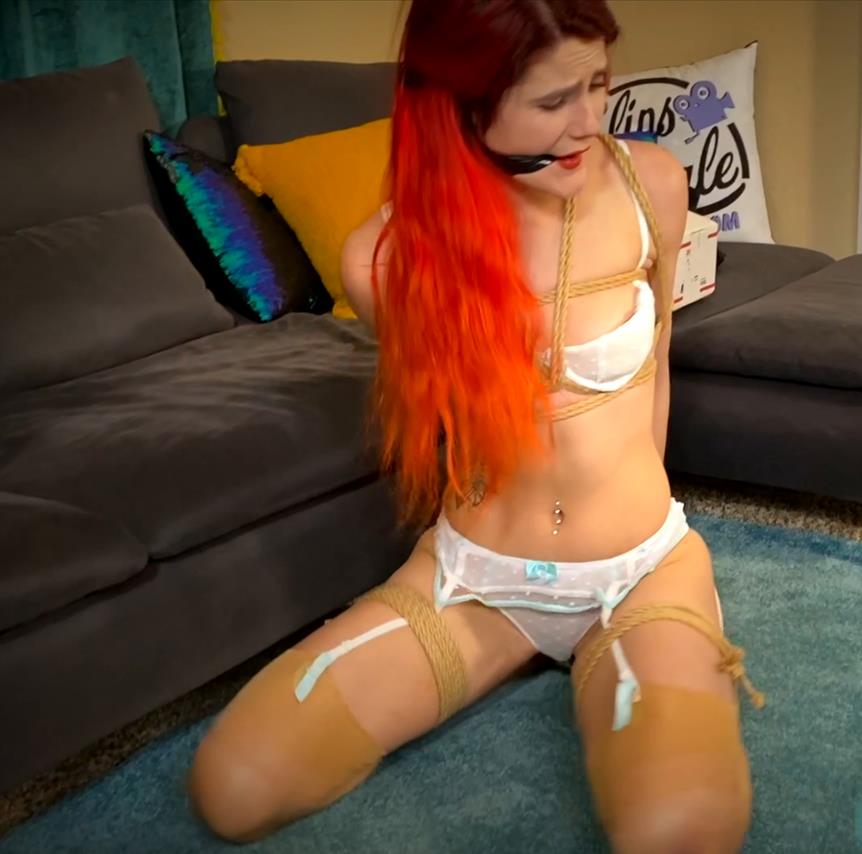 Lilac Sphinx is always borrowing her sister’s things, and when a package for her sister arrives, she decides to open it up and check out what’s inside. She pulls out some pretty white lingerie and a pair of nude full fashioned stockings. Immediately, she strips out of her clothes and tries everything on.

While she’s admiring herself in the new lingerie, her sister, Nyxon, comes home and walks into the living room. When Nyxon sees Lilac in her new lingerie, she freaks out. Lilac is always taking stuff or borrowing it without permission and it’s time she’s taught a lesson.

Offscreen, Nyxon ties up Lilac up with some hemp rope. She secures her arms behind her back, and ties her legs into a tight frogtie. Lilac struggles and tells Nyxon that it’s too tight, and Nyxon just laughs. She grabs a roll of 2 inch black electrical tape and tells Lilac to open wide. She wraps the tape around Lilac’s head, giving her a nice, tight cleave gag. Lilac struggles and drools through her gag, begging Nyxon to untie her. 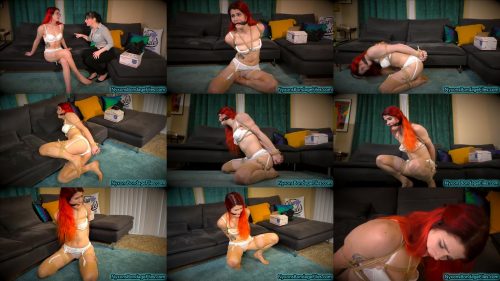