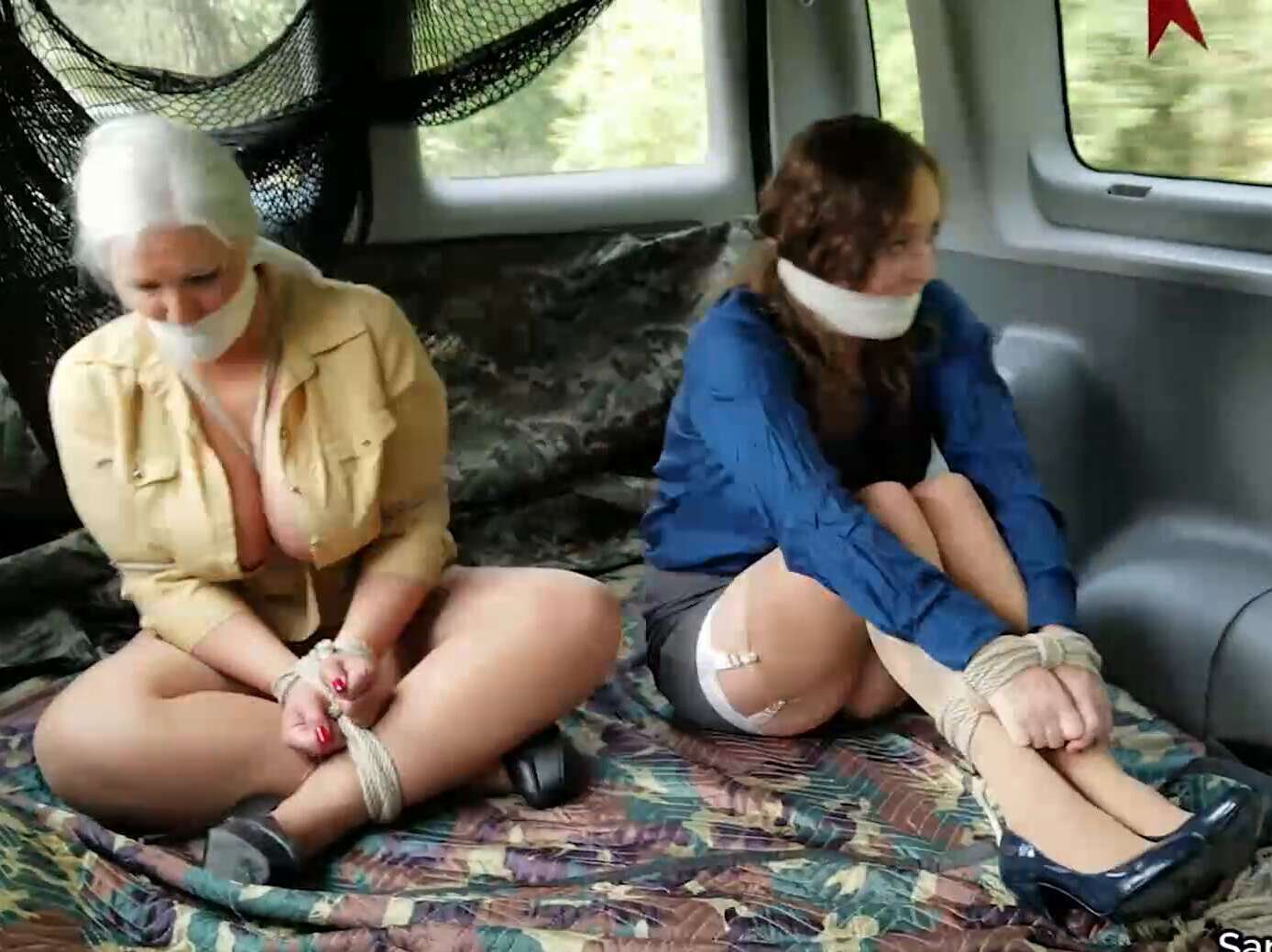 Damsels of the State Part 1of4 – An Epic bi-weekly Bondage Stryline Event!

In 1960’s and the cold war is about to get steamy hot. The simmering tension leads to a soviet plot that brings two US Army and Navy secretaries – seized in West Berlin and spirited away to extract information out of them that could turn the tide of this tumultuous time.

Assistant to the Army’s attaché – all abundant curves and ample bosom – is silver haired Sandra, who’s hourglass figure, golden skin, and sexy red lipped smile captures the attention and confidences of many top level advisors. Sandra’s colleague, the lithe and limber, long limbed Lauren, works under the Navy Admiral, her wide eyes and brunette curls gain her many admirers, and secrets to keep…

Colonel Harlotova, a high level lesbian KGB spy of the Soviet State turned rogue, has been sent on a mission she most enjoys – wringing every ounce of info out of these two damsel detainees with her most dastardly of torturous torments. The military MILFs she has seized are secretaries for prominent Commandants, and so have a multitude of knowledge to be extracted from the pretty pair’s minds.

The tied up twosome have been thrown in the back of a van by Colonel Harlotova’s henchman, and hobbled with wrists to ankles – big breasts straining under shirt, khaki mini skirt riding up as Sandra sits cross-legged, while Lauren’s knees up to chin predicament exposes her pantyhose-d posterior under pencil skirt and satin blue blouse.

Each secretary is hooded with white pillowcase cloths; the pair are disorientated in the darkness as the vehicle turns through country woodland roads, struggling to stay upright as the van brakes Lauren rolls ass in the air, and into her comely comrade’s lap.

The Colonel completes their travelling predicament with an on-the-go wrap gag in the back of the speeding truck to keep the terrified two quiet and well gagged on the next leg of their journey, by airplane, towards her base of interrogations. 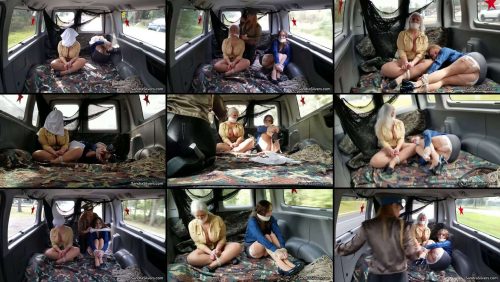