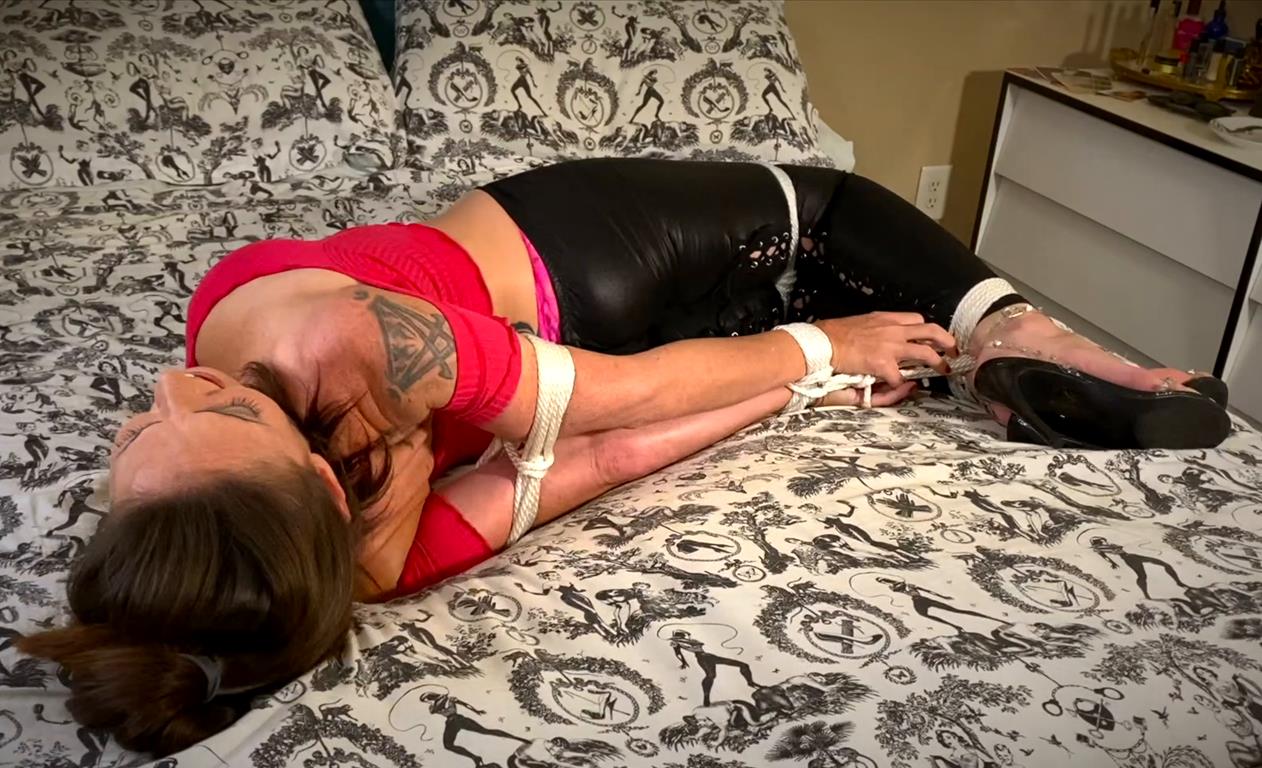 Slyyy tells Nyxon to stop, and that she’s just going out for a few drinks and to hopefully get laid. Nyxon knows that in order to keep Slyyy inside and safe, she’ll have to resort to drastic measures. She grabs Slyyy pulling her down onto the bed. Slyy kicks and tries to get away, but Nyxon places her hand over Slyyy’s mouth, rendering her powerless.

When Slyyy opens her eyes, she’s face down on the bed in a really tight hogtie. Nyxon takes a big red ballgag and shoves it into Slyyy’s mouth. She tightens the strap and tells Slyyy that she’s going to have to remain tied up until the pandemic is over. Slyyy protests through her gag, and Nyxon tells her it’s for her own safety. 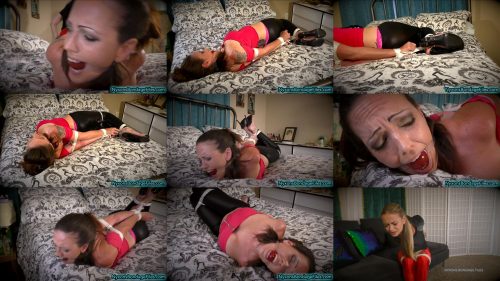