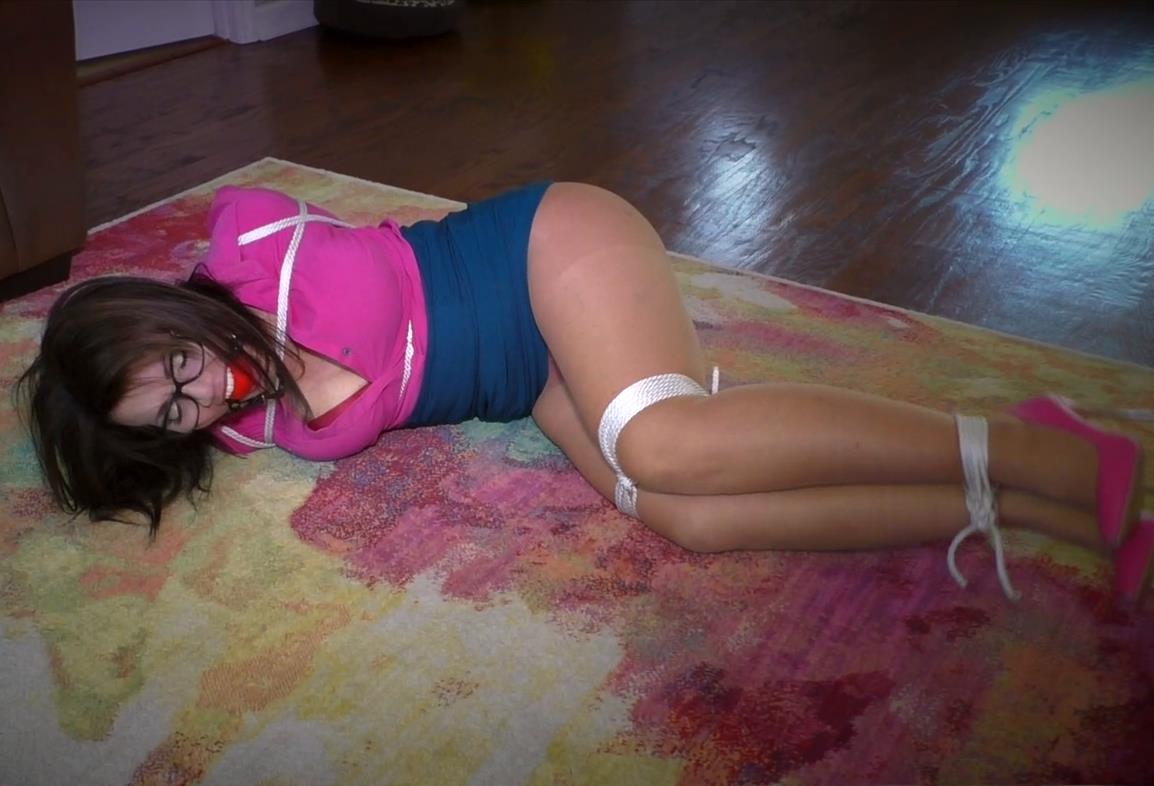 GiGi is all set to testify in the big organized crime trial, and the FBI moved her to a local safe house, so that nothing happens to her before the trial. The FBI put her under strict instruction not not use the phone or answer the door, but GiGi is getting a bit hungry. What could possibly happen if she places an order with Uber Eats?

She pics up her phone, finds a restaurant she likes, and places her order. Unfortunately for her, when the delivery driver got out of his car to bring her her food, he was ambushed by a mob henchwoman and GiGi’s delivery was intercepted. Nyxon, the henchwoman, brings the food up the walk, and rings the bell.

GiGi answers it, and Nyxon muscles her way into the house cornering poor GiGi. GiGi goes to scream, and Nyxon places her hand over GiGi’s mouth to subdue her. When she comes to, GiGi finds herself tied extremely tight and barely able to move. Nyxon tells her that unfortunately GiGi won’t be available to testify at the trial tomorrow and that someone else will be over shortly to take her away. Nyxon then leaves GiGi to struggle while she waits to be transported.