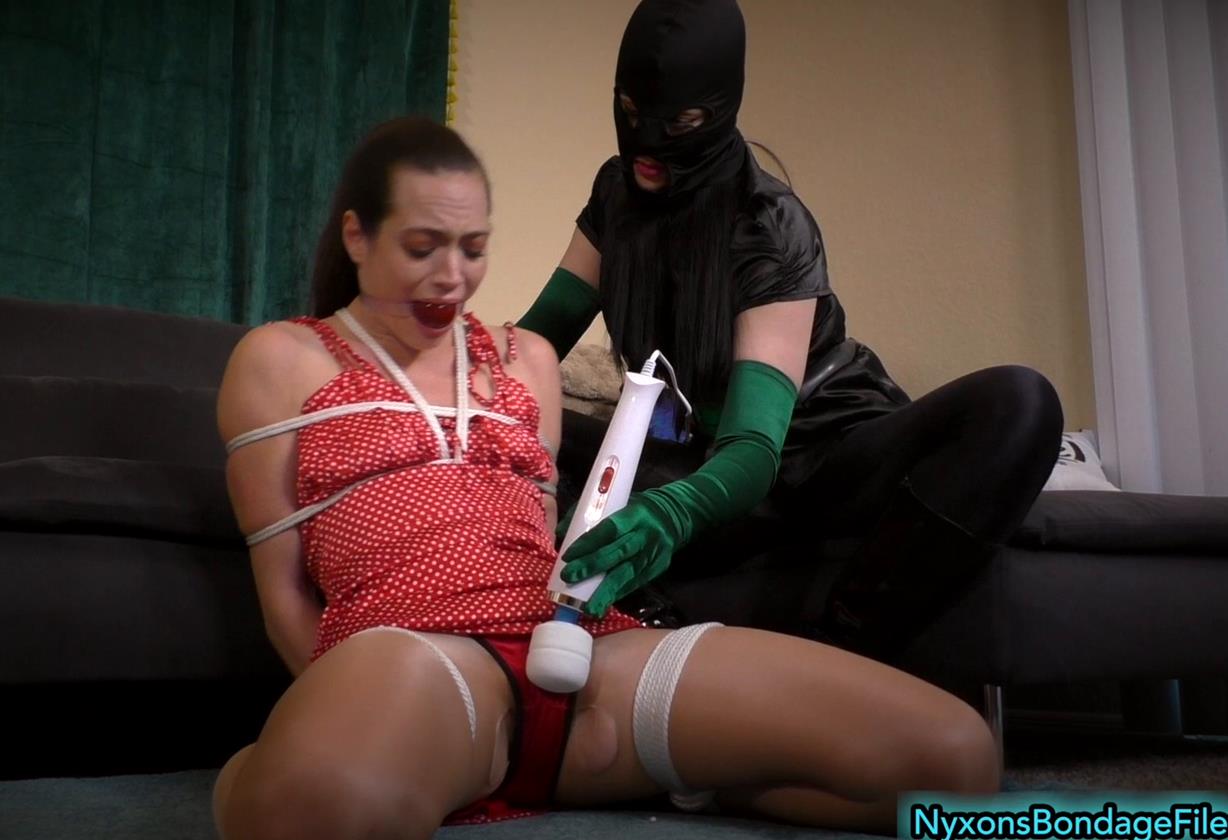 Cat burglar Nyxon thinks she’s pretty slick breaking into homes and stealing precious valuables, but she’s in for a bit of a surprise when she breaks into Dacey’s home and finds her sitting on the couch. Dacey screams and Nyxon acts fast by putting her hand over her mouth and subduing her.

When Dacey comes to, she finds herself on the floor, her hands tied behind her back and her legs frogtied. Nyxon tells her that she came to take her valuables, but since she’s at home, she’ll give her something for her troubles.

She gropes Dacey as she teases her pussy over her red satin panties and Dacey’s moans get louder and louder until she orgasms. Now that Dacey is satisfied, Nyxon leaves her to struggle while she continues to rob the house. 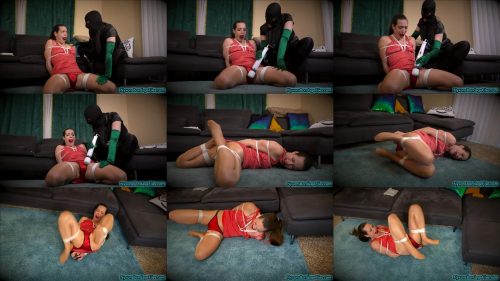