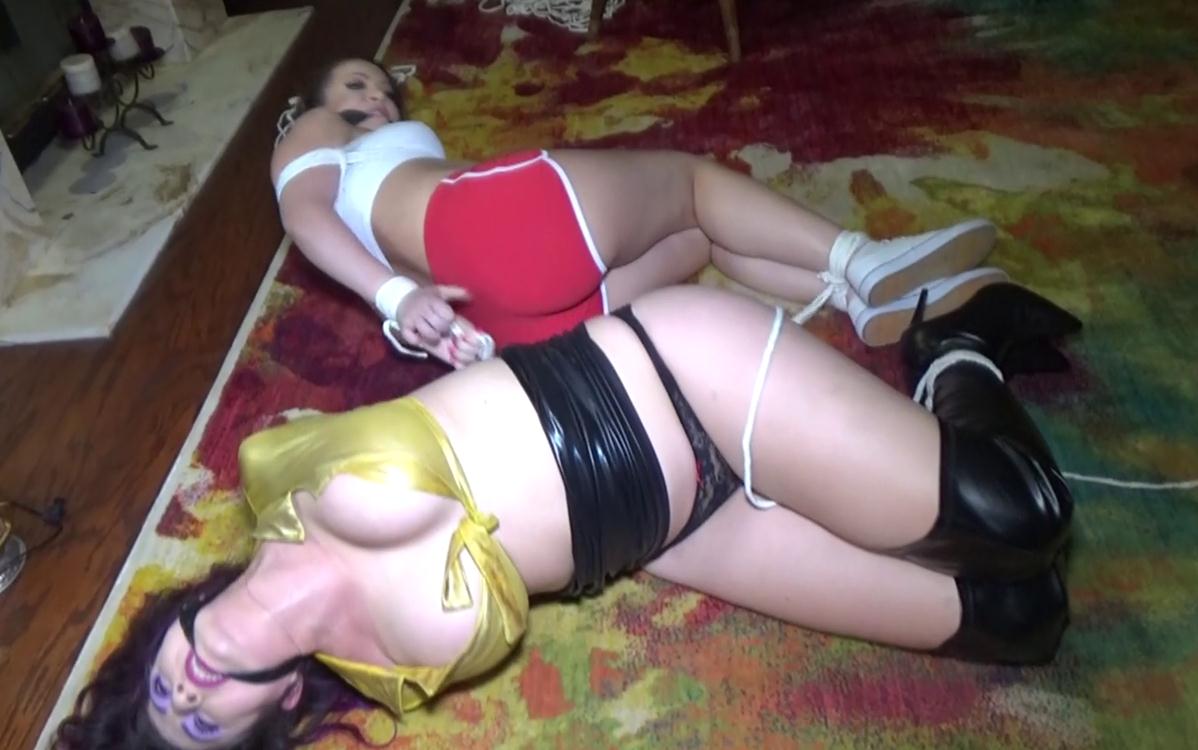 Beautiful sisters Nika Venom and Scarlet Venom were out clubbing but they were snatched outside the club and being held for ransom. The captors contacted the husbands of these two sisters and they’ve agreed to pay the ransom but one of the husbands contacts his friend the chief of the local detective agency and he agrees to put his best agents on it. The chief calls Gia Love to brief her and tells her to take Carmen Valentina as backup. After protesting for a bit Gia reluctantly agrees. She meets up with Carmen and devises a plan where they don’t stick together. Carmen follows a suspect to a house out in the suburbs.

She cases the house and through a window she sees both sisters tied up and gagged. All of a sudden from the darkness of the night my hand comes from behind Carmen and I drag her inside hand over mouth. Gia drives to the location of the houose and lurks around trying to find a way in. She stumbles across the same window and sees the bound and gagged sisters. Gia picks the lock and runs up to untie the captives when I walk in with a bound and gagged Carmen and demand that they both get on their knees.

Next thing they know all four girls are tied up struggling next to each other. I inform the sisters that the ransom will be paid and I untie them and lead them outside to drop them off for the exchange. When I return I find both bumbling detectives untying some of the bondage trying to escape. I fix the rope work by hogtying both of them and promise to return with my crew of henchmen who will be spending quality time with fucking and abusing them … 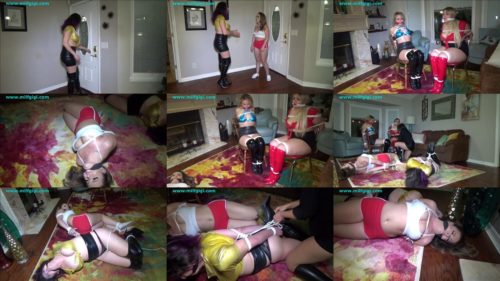