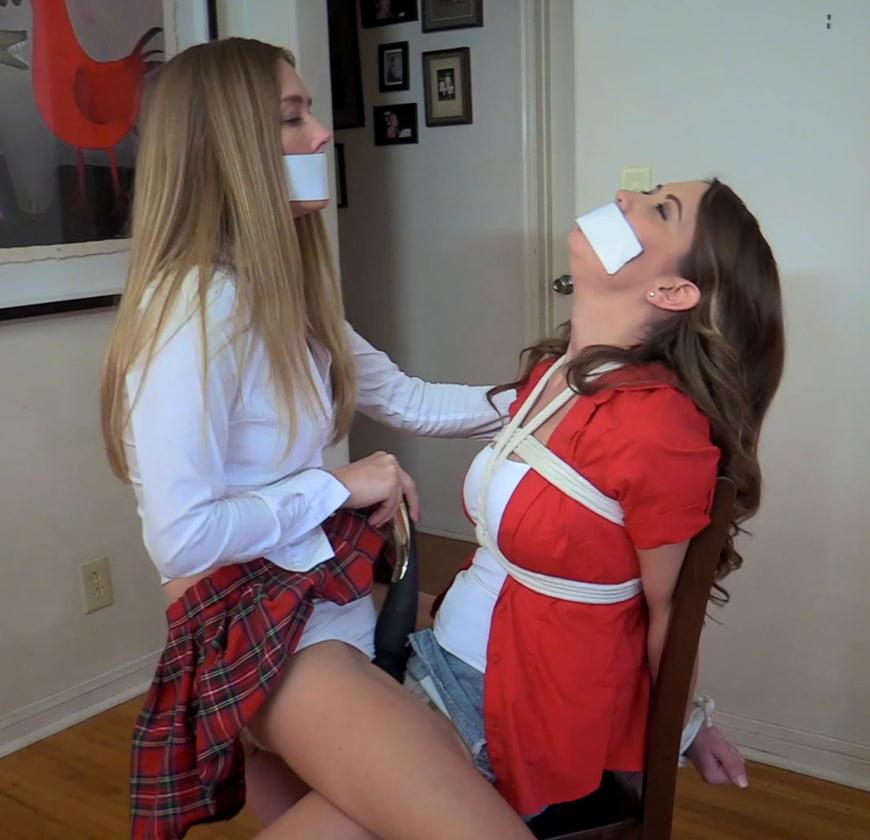 Chrissy is a hot college girl trying to study for an exam when her secret crush Star breaks in, sneaks up behind her and clamps a rag over her nose and mouth to knock her out. Chrissy wakes up as Star finishes tying her to a chair. She recognizes Star from her class. Chrissy Immediately starts struggling and asks “OMG what are you doing?” Star sits on Chrissy’s lap and tells her .

You better keep your mouth shut Chrissy otherwise I’m going to tape it shut! Chrissy tries to seduce Star by kissing her. They make out for a minute but then Star says You’re a great kisser but I’m still taping your mouth shut! Chrissy tries to plead with her but she slaps the first piece of duct tape over her mouth before she can get two words in. Star smiles and sensually smooths the tape over Chrissy’s lips with both hands. She kisses the tape then tears off another long piece of tape.

“You know Chrissy I’ve been thinking about taping your mouth shut all day… You’re just so chatty all the time! Chrissy “mmmpphh’s” and gag talks at her as she presses the next piece of tape over her mouth. As Star tears off the third and final piece of tape she says “Finally I got you to shut up! I get so irritated listening to you in class trying to suck up to Mrs. Johnson I mean she is hot too isn’t she?… 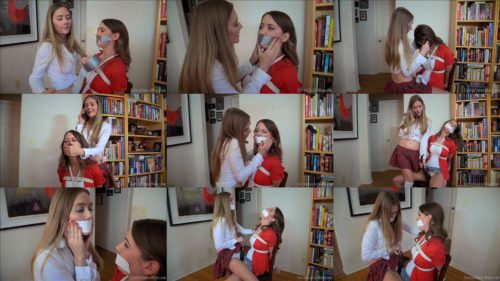