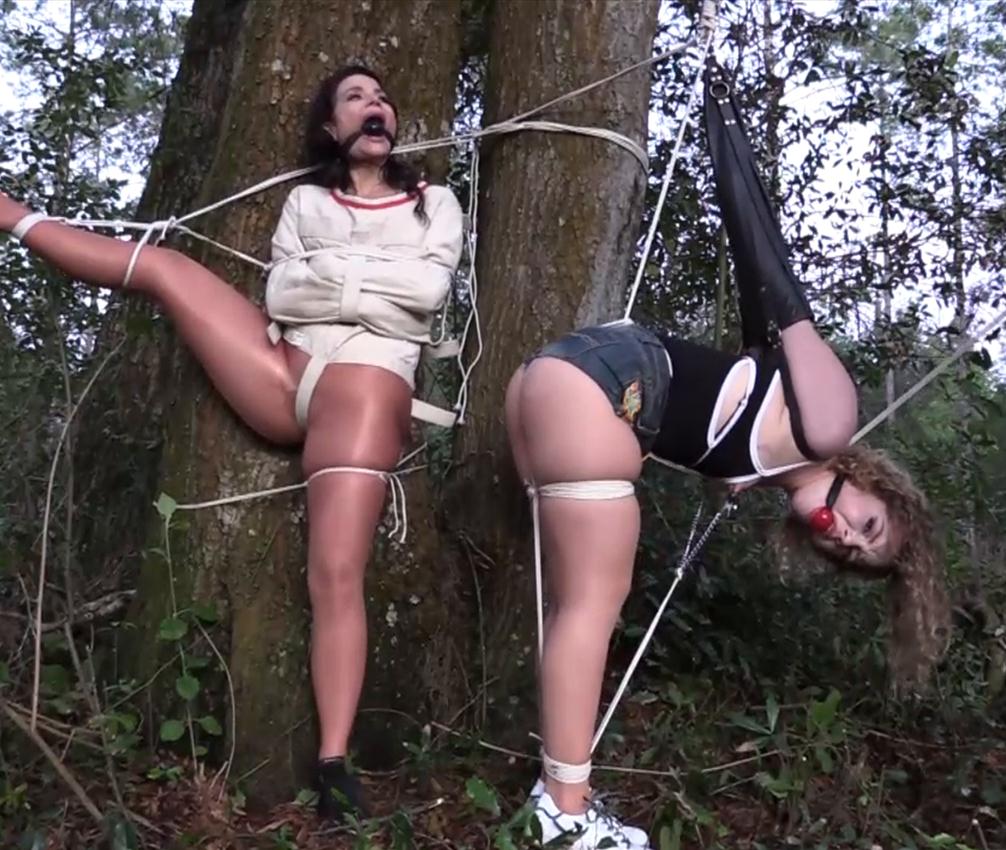 Diamondly and JJ have decided to do some outdoor bondage. They pack a bag of supplies and head out to walk to some abandoned property. Once there Diamondly puts a pair of short shorts on over her pantyhose. She is spanked by JJ for a bit and the two continue on. Diamondly gets an armbinder and ballgag and JJ leads her around the property leashed and flogs her against a tree. She is nipple clamped and put into a strappado. JJ takes some photos and a man ( Eric Cain) approaches and demands that JJ strip and put on a straitjacket. He buckles her into it and pushes her into the tree and ties her to the tree and lifts her legs up in the air.

She has been ballgagged and is now drooling. Poor Diamondly is still in that position and he doesn’t let her down. The man says he will be back in a few hours to let them go and that they should never return. After some time JJ is able to move her leg enough to slide the armbinder off of Diamondly which frees up her arms to come to the rescue. The two quickly run off to be sure the man doesn’t ever see them again. 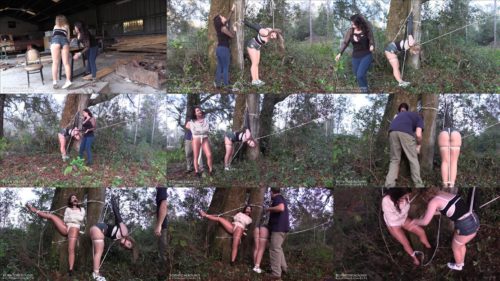