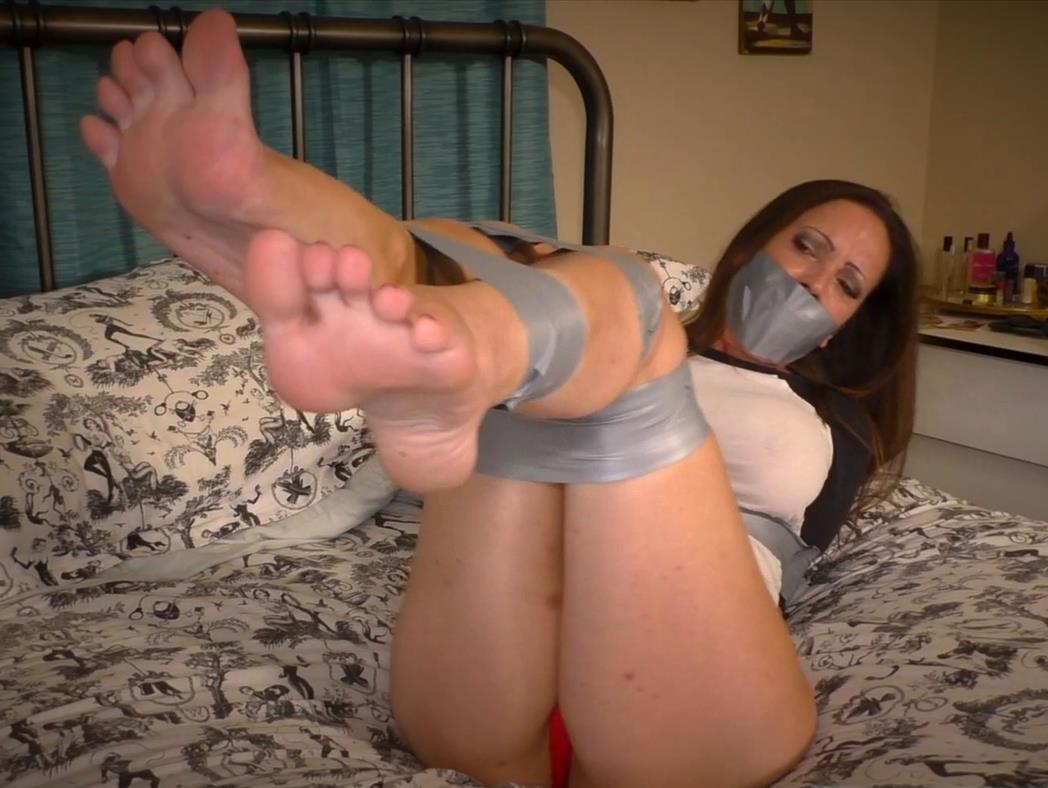 Nyxon and Slyyy are doing a live broadcast, and a laptop is set up on the bed. Slyyy – Hi, I’m Slyyy and this is my friend Nyxon. Today, we’re going to do the Duct Tape Escape Challenge. We’re going to take turns being tied up with duct tape, and see who gets out faster, which of course will be me.

Nyxon – You keep telling yourself that. Slyyy- We’ll see. 10 minute time limit? Nyxon- Ok by me! Slyyy- Great, I’ll go first. You may tape away!Slyyy puts her hands behind her back, and and Nyxon picks up a roll of tape and begins to tape Slyyy up. She starts with Slyyy’s wrists, and Slyyy remarks that it’s tight than she expected.

Nyxon sets the clock and Slyyy begins to struggle. Nyxon watches for a few moments, then begins to tickle Slyyy’s bare feet. Slyyy wriggles and struggles trying to get away, when Nyxon receives a notification on her phone. She tells Slyyy that she has to run, and leaves Slyyy to struggle on the bed for their audience. 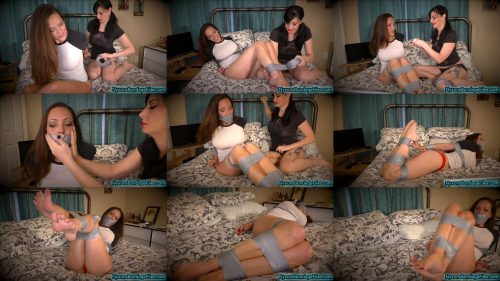