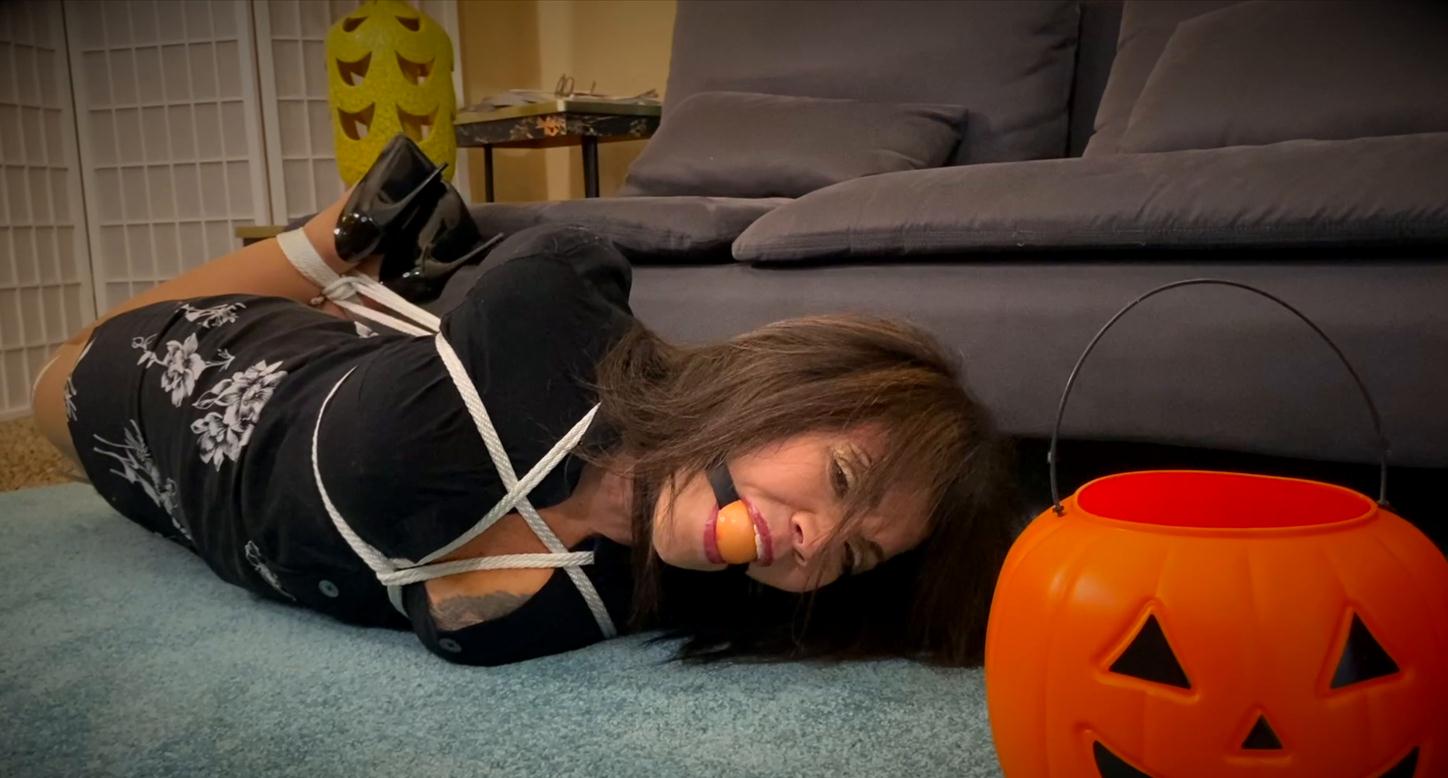 It’s Halloween night and GiGi is not in the spirit at all. In fact, she thinks that Halloween is a stupid holiday, and she turned her porch light off to keep the trick or treaters away. While she’s looking for her remote, her doorbell rings. GiGi curses at it, and the person ringing it keeps on pressing it. Irritated, GiGi gets up to answer it and is met with a very boisterous trick or treater demanding candy.

GiGi scoffs at the girl, telling her that not only is she too old for Halloween, but she’s not even in a costume. Nyxon tells the old lady that she better give her a treat, or she’s getting the tricks that are inside her pumpkin. GiGi just laughs at Nyxon, so Nyxon pulls our a bat and bops GiGi over the head with it, causing her to go limp on the couch. When GiGi comes to, she’s tightly hogtied and has an orange ballgag in her mouth. She screams through the gag to be let go, but Nyxon ignores her and steals her rings right from her fingers. GiGi screams again, and Nyxon laughs as she walks out of the house.