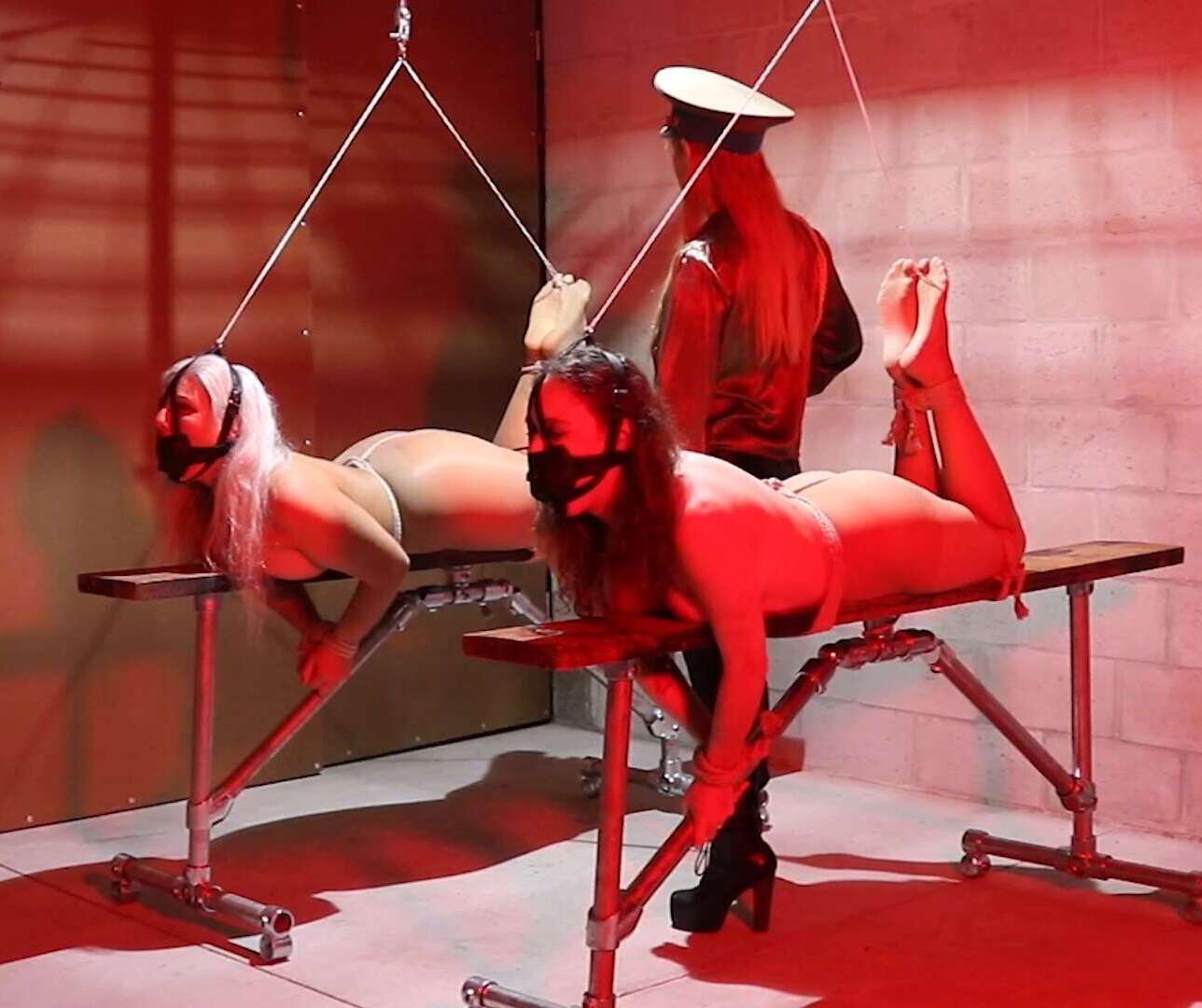 Damsels of the State Part 3of4 – An Epic bi-weekly Bondage Stryline Event!

1960’s and the cold war is about to get steamy hot. The simmering tension leads to a soviet plot that brings two US Army and Navy secretaries – seized in West Berlin and spirited away to extract information out of them that could turn the tide of this tumultuous time.

Assistant to the Army’s attaché – all abundant curves and ample bosom – is silver haired Sandra, who’s hourglass figure, golden skin, and sexy red lipped smile captures the attention and confidences of many top level advisors. Sandra’s colleague, the lithe and limber, long limbed Lauren, works under the Navy Admiral, her wide eyes and brunette curls gain her many admirers, and secrets to keep…

Colonel Harlotova, a high level lesbian KGB spy of the Soviet State turned rogue, has been sent on a mission she most enjoys – wringing every ounce of info out of these two damsel detainees with her most dastardly of torturous torments. The military MILFs she has seized are secretaries for prominent Commandants, and so have a multitude of knowledge to be extracted from the pretty pair’s minds…

The Damsels had been left standing, suspended arms over head, in Part 2 … their poor, pretty feet in high heels were aching at the arches and toes. Their tormentor and interrogator, sexy but severe blond Colonel Harlotova, knew this when she ordered her henchman to hogtie the pair in harness gags, head strung back to their tied big toes over a pulley system.

The rope stretches high over their asses in thin, fine pantyhose, their scrunched soles now screaming from the reversed position, their necks and jaws aching from the leather panel gags. The naked secretaries bodies are pressed into rough wood planks of a steel bench, raising them to the perfect height for Harlotova’s attentions.

The tickle interrogation starts, gagged cries and laughter explode between squeals as their nylon sheathed soles are first tickled then scolded with a flat palm slap. Bound bare feet are exposed for fully effective tickling; pantyhose ripped from them for the cruel corporal punishment of the pair and the pleasure for herself with a drink of vodka – sucked from the toes of the tethered two! Her lips sucks up every drop of the alcohol, stinging over stripes left by her crop, tongue delving deep in between toe gaps and wrinkled pads of the curvy captives.

What more could be in store, the wide eyed Damsels of the State worry and wonder? 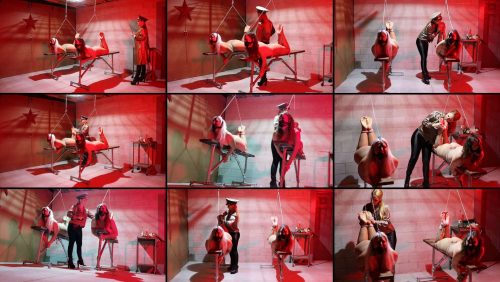