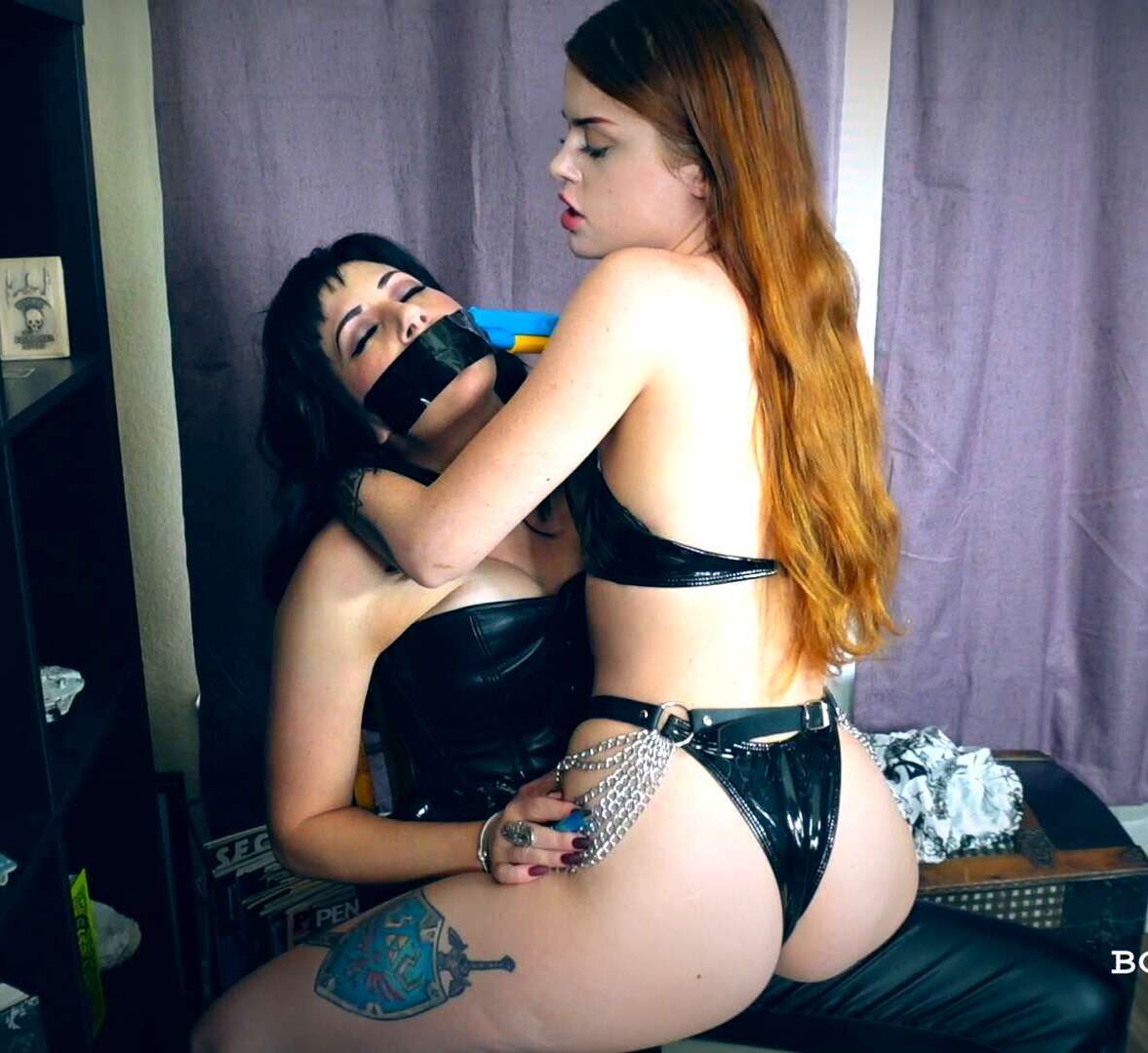 Nyxon is a Pro-Domme whose last client just left for the night. As she’s doing some cleaning & getting some things together, Jasper Reed (a rival Domme) bursts through her door waving around a weapon. Scared for her life, Nyxon will do anything that Jasper says. First, Jasper has Nyxon open up her leather pants & insert a vibrator down the front. Then, she has Nyxon loop some chain through the belt loops & lock it closed with a padlock. She hands Nyxon some panties, and tells her to stuff her mouth with them. Nyxon complies, and then wraps tape around her head to seal in the panties. Jasper orders Nyxon to sit down in a chair & to tape her legs & upper body to the chair. Next, Jasper hands Nyxon a pair of handcuffs & instructs her to cuff her hands in front & connect them to the chain around her waist. Now that Nyxon is completely helpless, Jasper presses her for the combo to the safe. Stubborn, Nyxon refuses & Jasper puts ice cubes down the front of her leather corset. Not wanting to be messed with anymore, Nyxon finally gives Jasper the safe combo. Jasper thanks her, mocks her with the cuff keys, the places them just out of reach before she leaves. The sound of Nyxon being vibed & cumming can be heard as Jasper walks out the door. 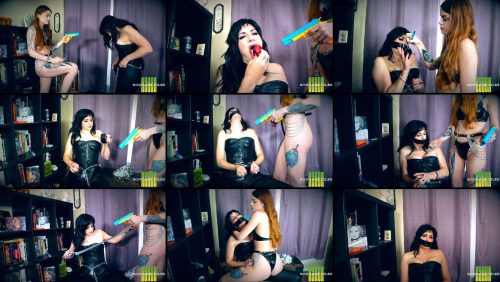