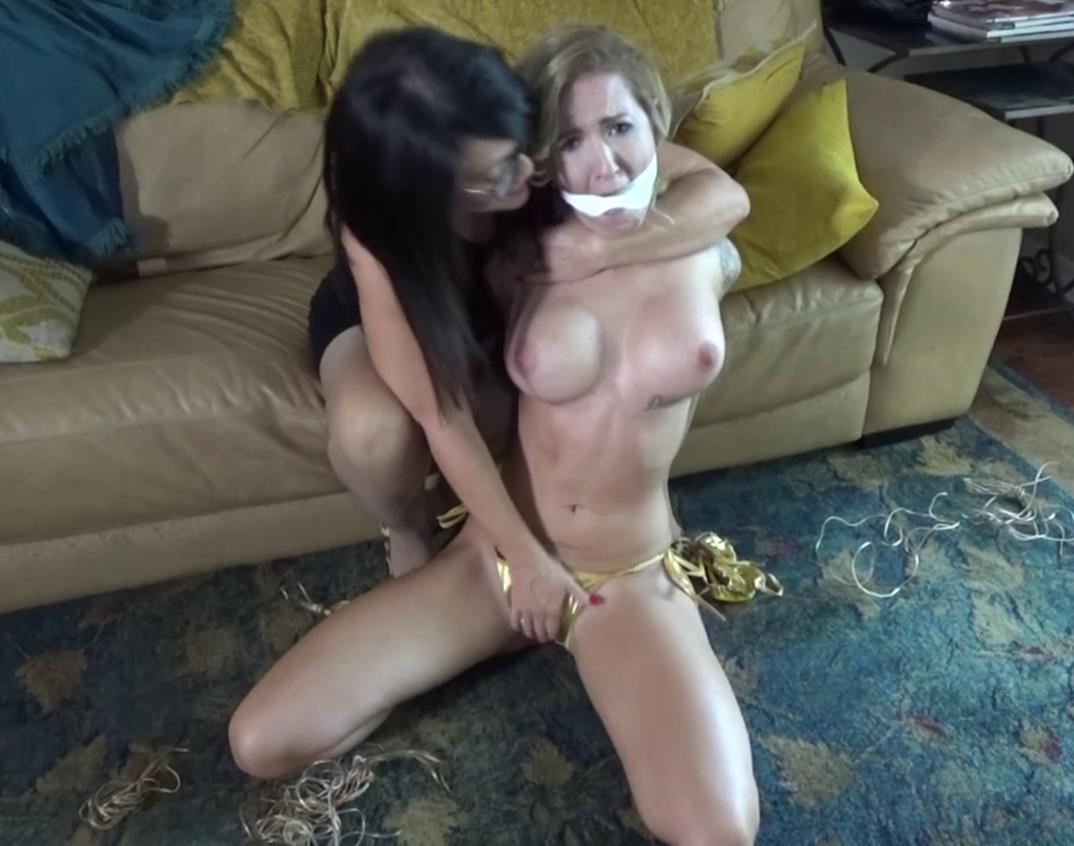 Pretty blonde Reagan Lush is the step-daughter of a cop who has been trying to make detective for decades. Finally he has a case that will win him the promotion he covets. He made the case against my husband – a dangerous mob criminal. I break Reagans’s home and wait for her to tire of sunbathing. When she enters in her tiny gold lame bikini I point my at her then reach behind her television set and rip out a handful of speaker wire.

I force the blonde beauty between my knees and brutally bind her elbows together with the speaker wire. The big mouth Reagan keeps threatening me that her step-daddy will arrest me but I laugh as I peel my lacey panties down my legs and shove them into her mouth. I wrap elastic bandage around and around her pretty face cleave gagging the girl until she is silenced.

Reagan keeps grabbing at me with her hands so I bind her wrists with the wire and then add a super tight crotch rope giving the poor thing a camel toe. I strip off her bikini top and grope her nice big firm tits. Reagan still thinks she has some control left and I humiliate that thought right out of her pretty little mind by bending her over ass up for some groping and ass smacks. I make the dumb bimbo lay down and I tie her crossed ankles.

Helpless Reagan begins to cry when I finish her off in a tight hogtie ankles to elbows. The speaker wire cuts into her flesh and poor Reagan can’t even roll over in the brutally tight wire bondage. I grab Reagan’s cell phone and snap several pictures of the cop’s pretty step-daughter in distress and in case that isn’t enough I dial the phone and hold it up to Reagan’s gagged mouth making sure he hears the muffled sounds and sobbing and agony coming from his precious Reagan. I leave the helpless girl sobbing through her gag and moaning helplessly from the painfully tight speaker wire bondage. 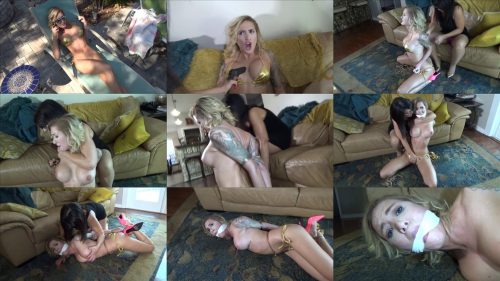