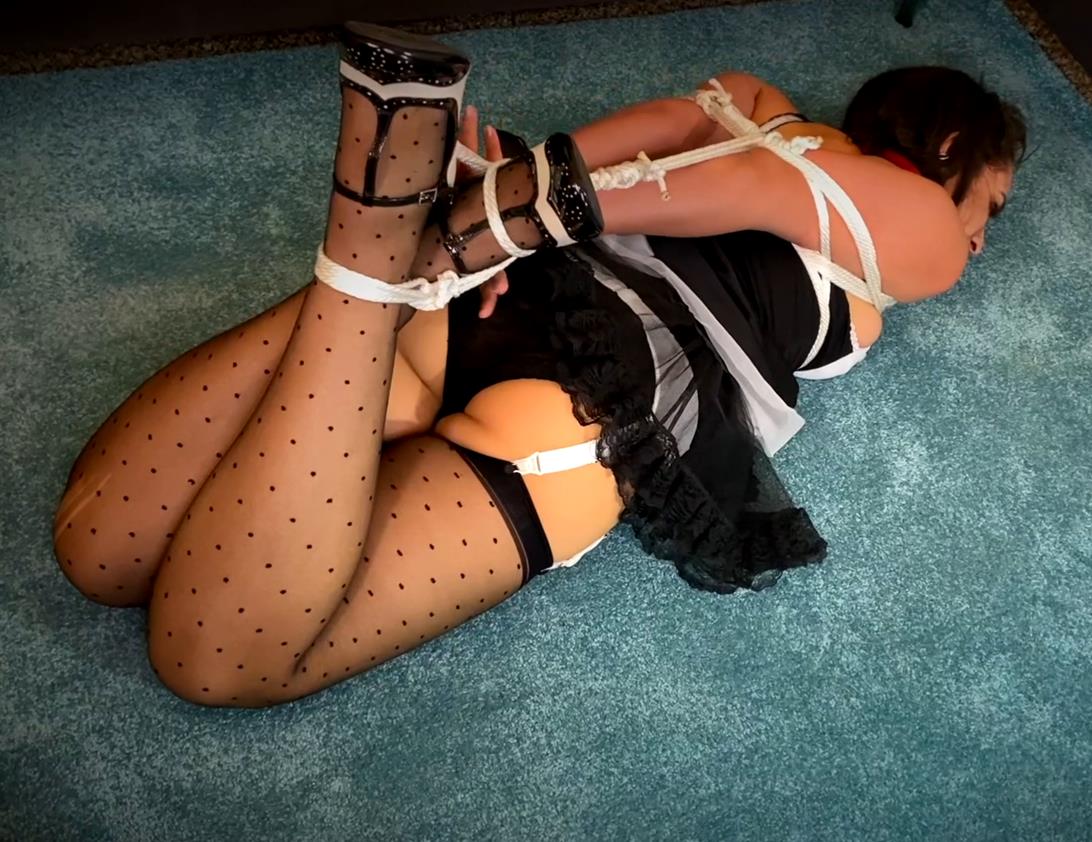 Greedy maid Xaya Lovelle has been pilfering money and small objects form her employer for months, and she thinks that she’s pretty clever. However, what she doesn’t know is that her employer, Nyxon, has set up nanny cams and is on to Xaya’s little game.

Nyxon confronts Xaya, and Xaya denies everything, even though she was caught red handed with a wad of cash and one of Nyxon’s expensive handbags. Nyxon places her hand over Xaya’s mouth, and when she slumps over on the couch, Nyxon gets to work. When Xaya opens her eyes, she finds herself hogtied on the floor.

Nyxon forces Xaya to open her mouth nice and wide, and she shoves a large ring gag into her mouth and pulls the buckle tight. She then leaves a humiliated Xaya on the floor to struggle. 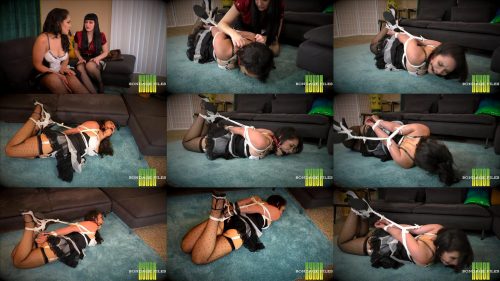