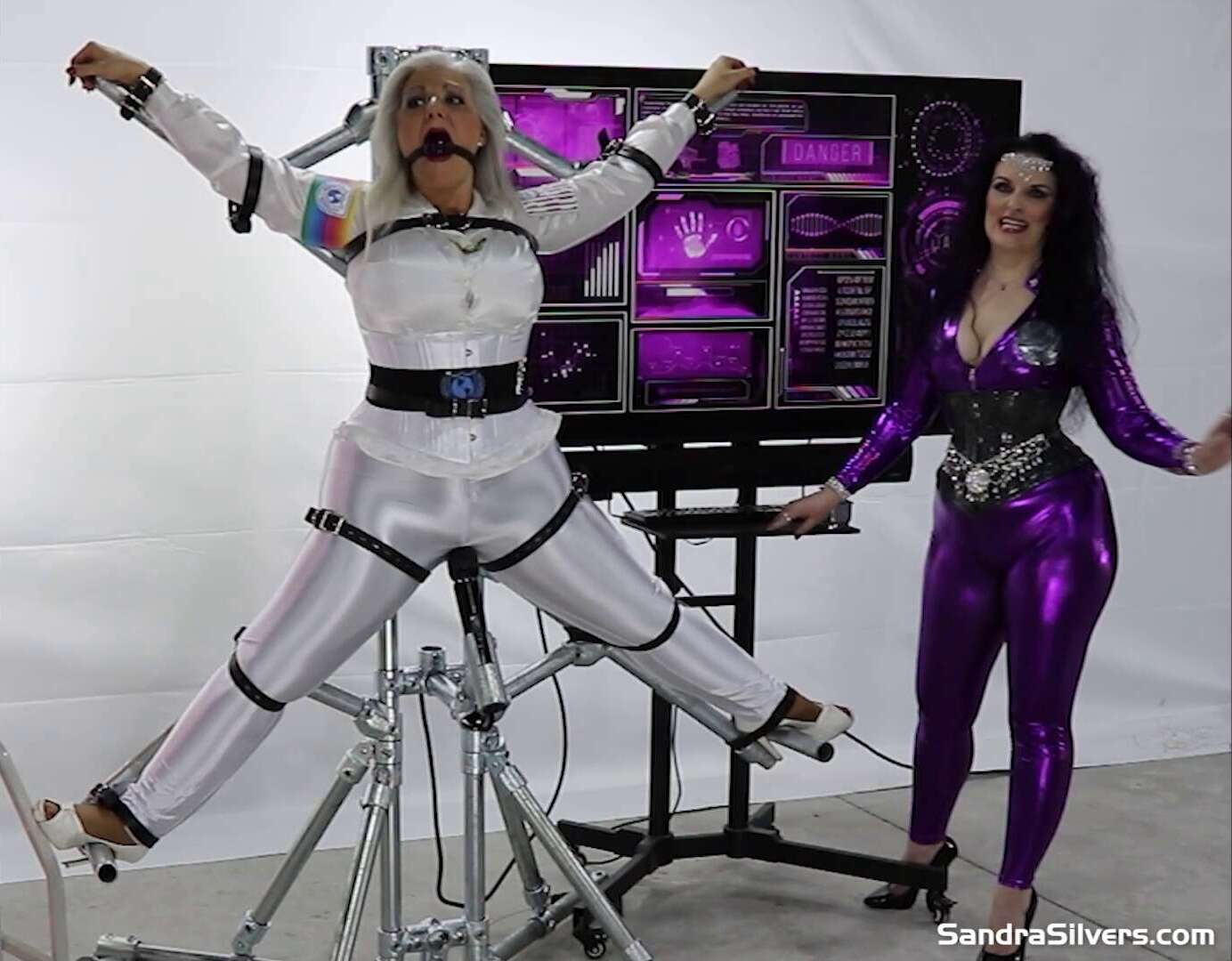 Sandra Silvers in the 25th Century – Episode 1 – Princess Cardala Extracts Information & Bound Orgasms from Captain Silvers, Strapped to a Steel St. Andrew’s Cross!
The year is 1992 and NASA launches the first of America’s deep space exploration vessels. After collision with a rogue asteroid Captain Sandra Silvers and her ship are blown out of their trajectory, crashing into an ice moon of Jupiter, freezing her life support systems, until she was found and returned to Earth… 500 years later.

A 20th century astronaut emerges out of 500 years of suspended animation into a future time where Earth is threatened by alien invaders. In Episode 1 Captain Sandra Silvers finds herself strapped to a steel contraption in the shape of a Saint Andrew’s cross. The device has the busty broad bound by black belts of leather from head to toe, limbs spread wide, spandex space suit straining over her well cinched curves. Power mad, purple-clad Princess Cardala – the youngest daughter of a Draconian emperor and tyrant to the Universe, and opponent of futuristic space heroine Sandra Silvers – has captured the curvy Captain by sending out an erroneous distress signal from her ship. The purvy Princess has had her sights set on securing and seducing Sandra for some time, and today she plans to use her highly advanced technological prowess to extract information, and something else… Something Captain Silvers will enjoy – whether she likes it or not! An Orgasmatron 5000 beams into place between Sandra’s spread thighs, pressing its pulses into her clit until the Captain spaces out into orgasmic bliss, ballgagged, bondage orgasms attempt to overwhelm her… but wait! The Princess’s plot is interrupted by a Space Pirate, stealthily docked and now pointing her ray-gun at the two! Now the Captain is in double the danger… find out what the Bounty Hunter holds in store for the intergalactic damsels next episode! 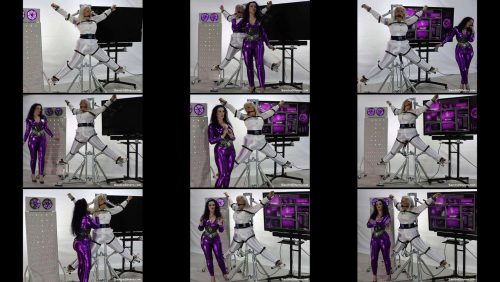