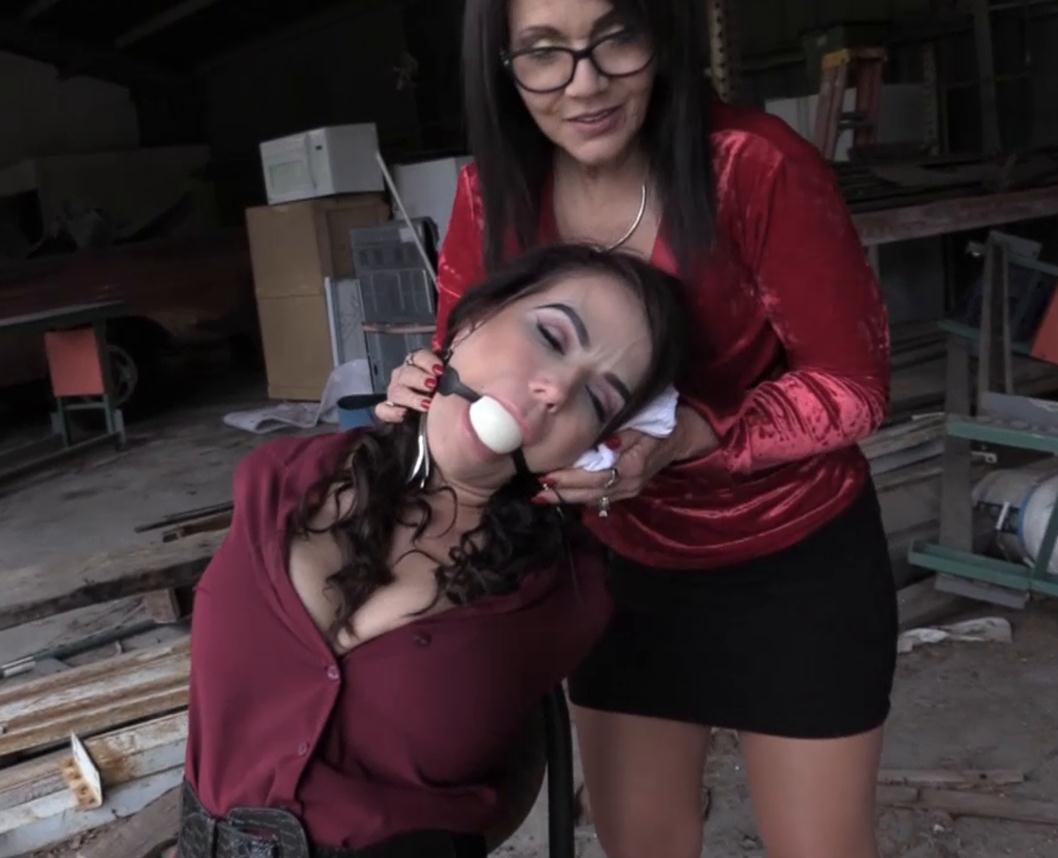 Gigi is really angry that her man Jim is banging neighbor lady JJ. She is one crazy Jersey Italian and she wants to make sure that hussy leaves her man alone. She has been taped up and she is sitting in a chair in a big shed. Gigi shoves a dildo into JJs mouth asking her how much she likes it. She stuffs her mouth with two pairs of panties and wraps her head. Gigi makes a big mistake and leaves JJ there, who gets up and goes to the table and tries to find scissors but can’t. She gets her ankle out from the tape and takes off across the grass just in pantyhose still taped up.

Gigi returns and sees that JJ is gone, but she hasn’t really gone, she is hiding because she wants to get revenge on Gigi.She gets all tied up and gagged with a big white ball. The same stuff is used to silence her as she used on JJ. She is left tied up on some kind of conveyor belt that was in the garage with her mouth stuffed and head wrapped and then JJ pulls off her own pantyhose and puts them on top of Gigis head… 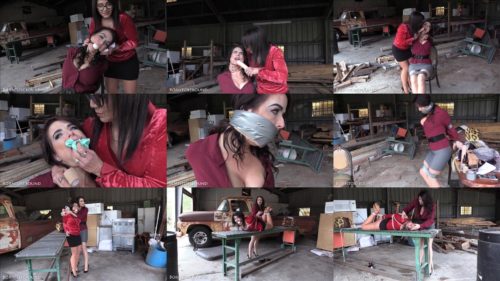