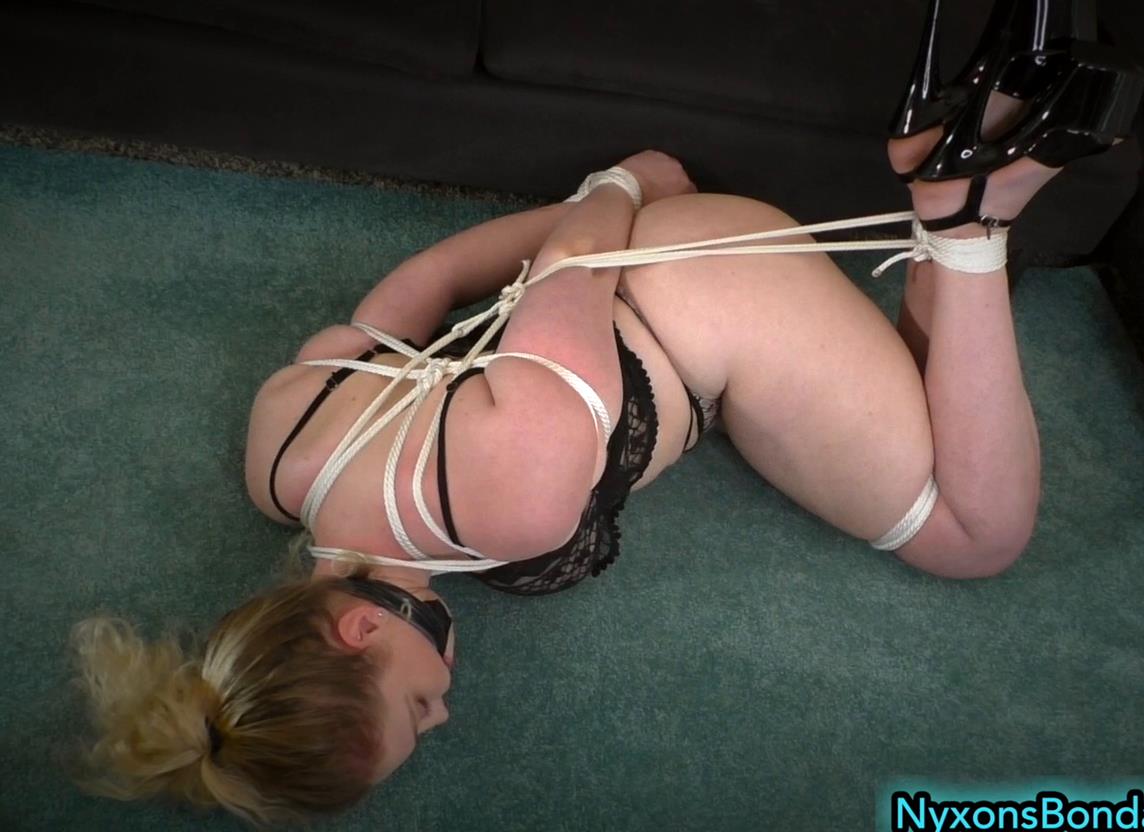 Stripper Krystal Kash has finally landed herself a sugar daddy, and she’s on the phone excitedly telling her bff about it. She giddily goes on about how he just signed a lease for her swank new apartment, and put a down payment on a fancy new car for her. She’s so engrossed in her greed, that she doesn’t notice Nyxon has entered her house until she plops down on the couch next to her.

Krystal gasps and Nyxon tells her to hang up the phone. She then tells Krystal that her so-called “sugar daddy” is actually her husband, and she’s here to put a stop to this foolishness.

Then, Nyxon pulls out a roll of 2 inch thick black eelctrical tape and orders Krystal to open her mouth. Then, she gives Krystal a nice, tight tape cleave gag and tells her that she has another surprise in store for her.

The next scene opens up with Krystal on the floor tightly tied with rope. Nyxon pulls her into a tight hogtie and tells her that her gold digging days are over. If Krystal doesn’t stop taking money from Nyxon’s husband, her punishment is going to be much worse, and humiliating, next time.