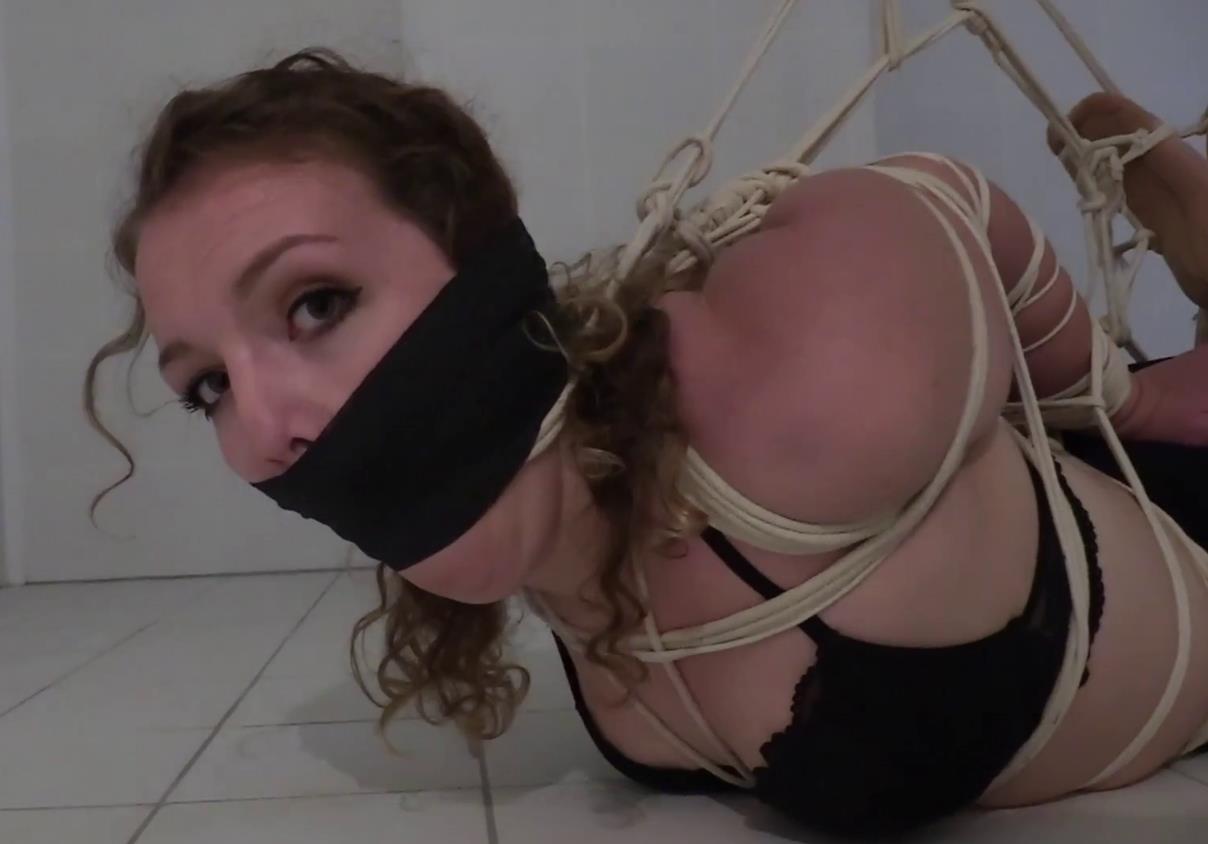 Diamondly hates her stepmother JJ.. But theres one good thing, JJ got a lot of very beautiful expensiv lingerie and Dia loves to sneak in her room to try on her stepmoms underwear. One day she has done it again and just came out of the bedroom when JJ came home earlier from work just runned into her step daughter wearing her lingerie.

Very annoyed she grabs Dia by her arms, then she ballgags her and ties her arm. JJ doesnt like Dia neighter and today she gonna have her friends come over so she will tie up Dia in the dungeon so she wont be annoyed by her.

Here starts Part 2 : The clip beginns with Dia s wrist and elbows already tied up. She also wears a tight crotchrope and red ballgag. Now JJ ties up her legs. Then JJ ties Dia s arms in a strict chicken wing and adds more rope all around Dia s belly and arms.

JJ removes her panty and place it on Dias head to humiliate her. Then she removes the ballgag and f0rces Dia to beg for putting the panty in her mouth. Now panty stuffed and vet wrapped Dia shows off her beautiful tied up body. Then Dia is ordered to lie on the floor which she does and JJ hogties her tightly.

She also adds some more rope around her mouth to keep the gag extra tight. Then she lets her struggle for a while. But Dia is still moving way to much so JJ connects Dia with more rope to the celling. She also ties up Dia s beautiful nylon toes. At the end of the clip JJ puts even more vet wrap to keep Dia extra quiet. 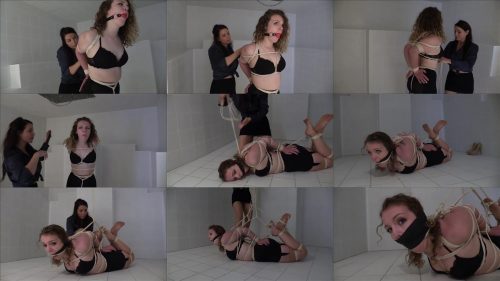