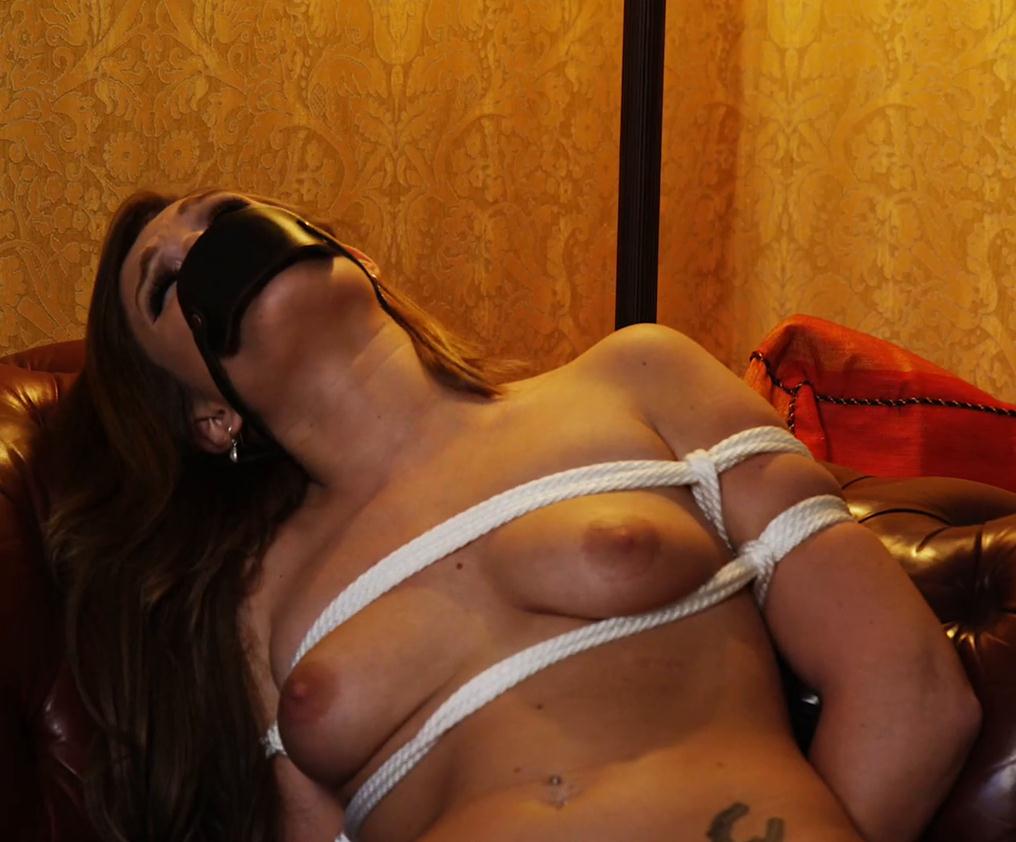 Reality TV show host Honour May is appalled. She’s not even had her makeup touchup and she’s being a diva to the production team. No fresh flowers in her dressing room but the team have a surprise for her! She opens the envelope is this a bad joke? Apparently not! The producers have changed the show format – now it is Bondage Reality TV! And it’s not just the contestants who are going to get tied, it is the show host too! Honour has to submit to being tied up on camera, still presenting the show, or lose her job!

The contestants are now competing to be sex slaves – and Honour fears she is going to made into one of them! She tries to remain professional as the crew member ties her up – but she’s not exactly being helpful. And the producers decide that they’ve hear enough of Honour’s links for today- and it is time to gag her with a proper sex slave gag – a giant cock gag, strapped in tight! And what sort of sex slave is fully clothed? The crew tie her tight and cut off her clothes, leaving her naked and humiliated on national TV! 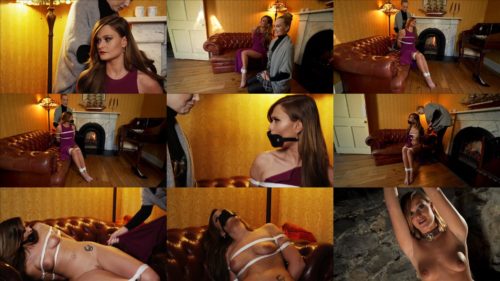