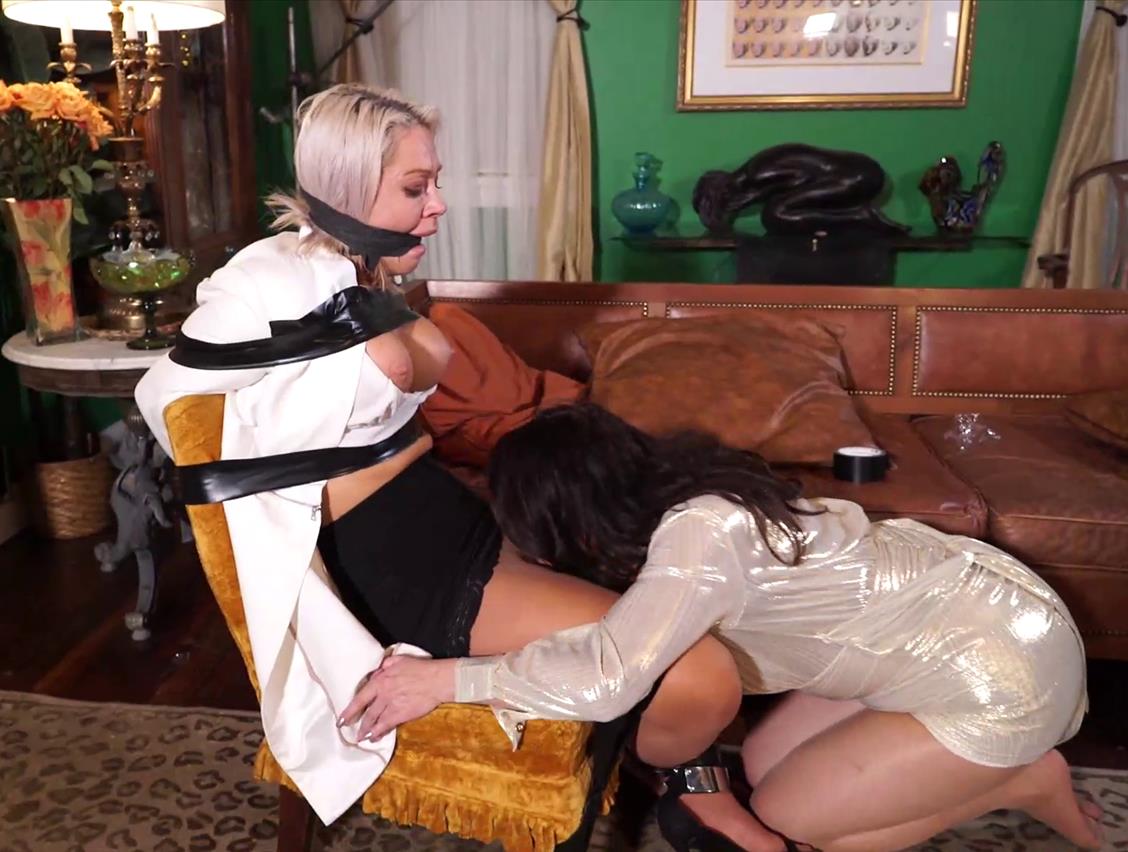 Adara Jordin has been catfished. A woman has been watching her and knew that she was straight but wanted to have her anyway. So she sets up a fake profile online as a dude to lure her in. She succeeds and Adara shows up at her door.

She is wearing a big flannel and a funny hat with fake hair. She immediately knocks Adara out and drags her into the other room where the madness ensues? At first Adara thinks the guy is kinky and is turned on by it all, but then she reaches for the cock and its hard and fake. 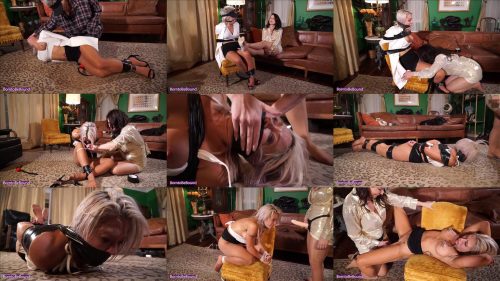