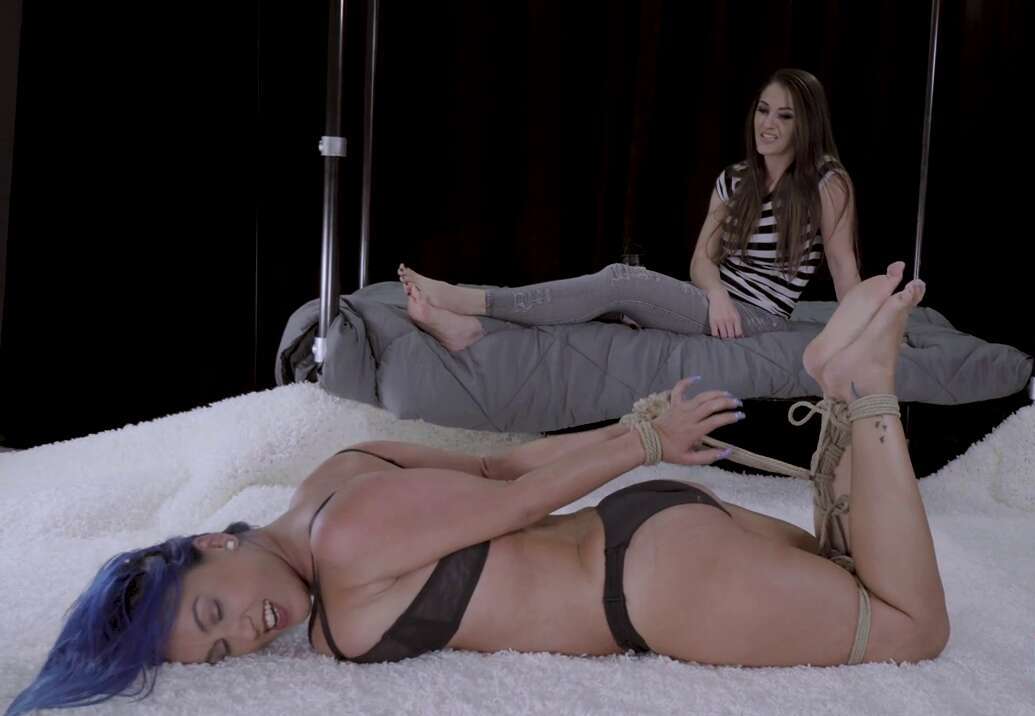 Terra Mizu really enjoys watching Megan Jones, in her black bra and panties, writhe in a rope hogtie on the white shag rug, twisting around to no effect and even making the knots tighter in the process. Remembering how in a previous scene Megan tortured her by sucking her toes while Terra was tied up, Terra now takes playful but genuine satisfaction in Megan’s bondage dilemma. “I’m gonna get out–you just wait and see!” proclaims Megan, as Terra tauntingly suggests she look at it as a form of “bondage yoga.” “This isn’t funny,” says Terra; “it’s hilarious!” And she laughs, until…yes, until Megan suddenly manages to escape her wrist bonds! Terra becomes a little nervous, knowing that payback is inevitable…in the next scene! But she tries to prolong her upper hand by tickling Megan as the busty blue-haired beauty gets out of the rest of the ropes, but to avoid this Megan hops out of the scene, her ankles still bound! 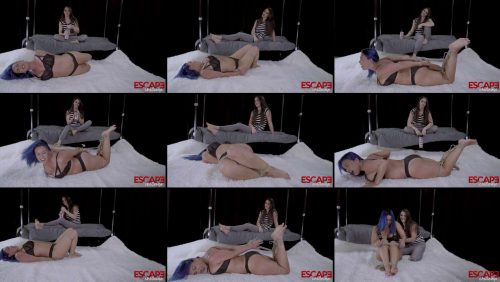