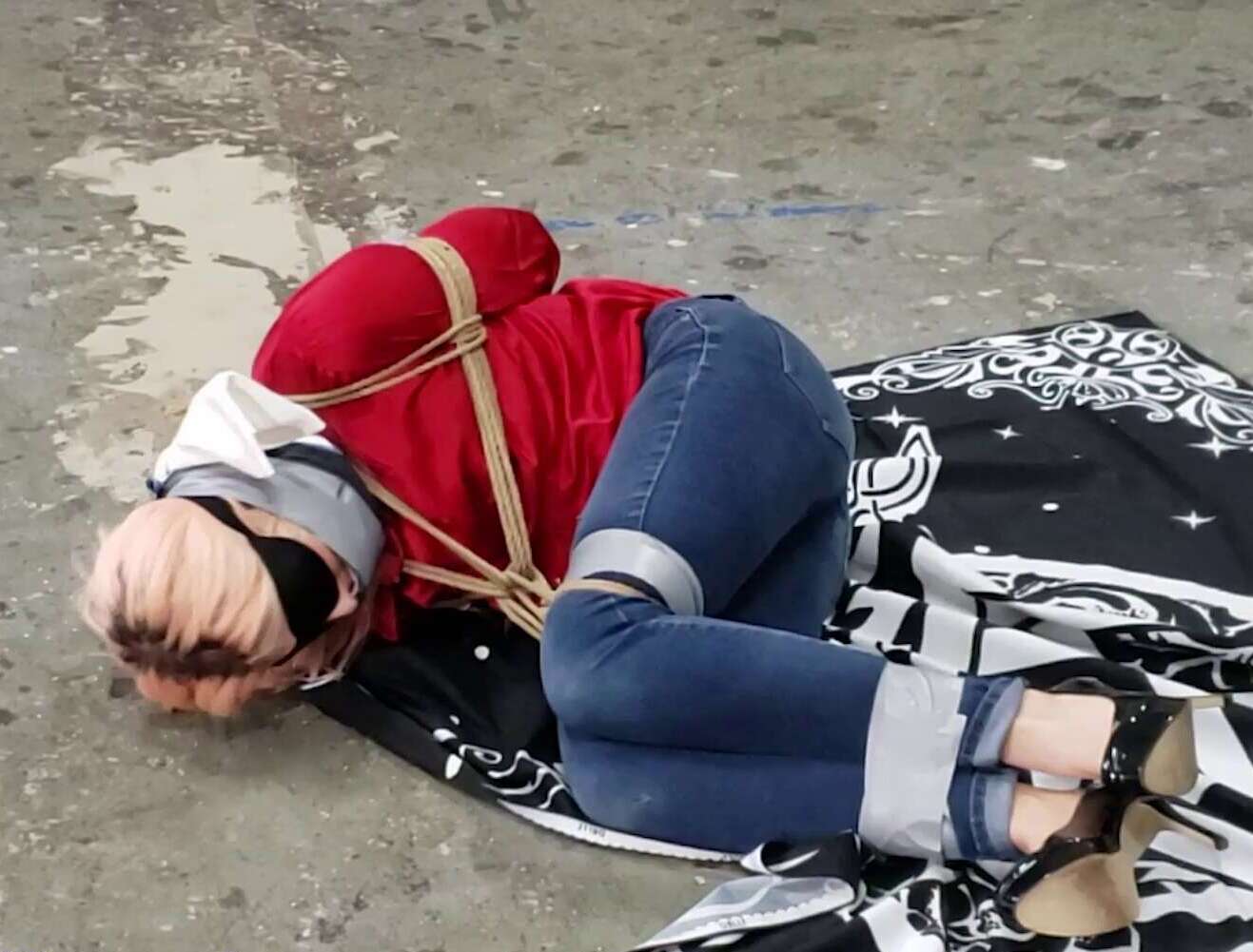 Cub reporter Autumn Dais is deep undercover as she tracks the story that she hopes will catapult her into the big time: a strange cult has been accused of conducting strange rituals in the city, but even though several locals have gone missing, no evidence exists that can link the disappearances to the sect.

Now, posing as a member of the cult, Autumn hopes to blow the lid off with her story, but before she can get to print, she’s discovered and restrained by the cult leader: Autumn is now the “honored” guest at their latest ceremony: a summoning of the elder gods, with herself submitted as an offering!

Bound hand and foot, her screams are silenced as her mouth is packed full, and she is cleave-gagged, then further silenced with not one but TWO brutally tight OTM gags, all made extra secured with a few winds of tape around her pretty little head! Her vision is removed from her as a blindfold is slid into place, and her already limited mobility is further reduced when she is bound into a tight little squirming ball and laid unceremoniously on her side!

Screeching and squirming for all she is worth, she is terrified as the ritual begins and the incantation are read that will bring forth the elder god…at least, that’s what was supposed to happen, but when no god shows up, the cult decides to reconvene the following week and they disperse.

Unfortunately, they seem to have forgotten about Autumn, who remains a very unhappy very tightly secured and silenced package fighting for all she is worth to escape her fate! As the concrete floor digs into her hips and shoulder and she sobs in pain and fear, she knows she has indeed found the story of her life – and it looks like a VERY short story indeed! 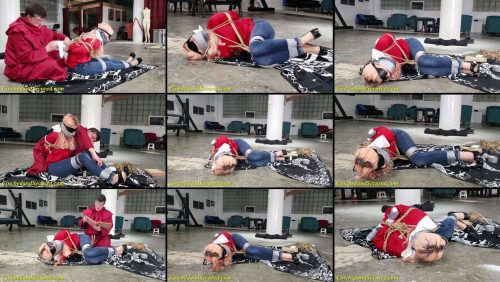