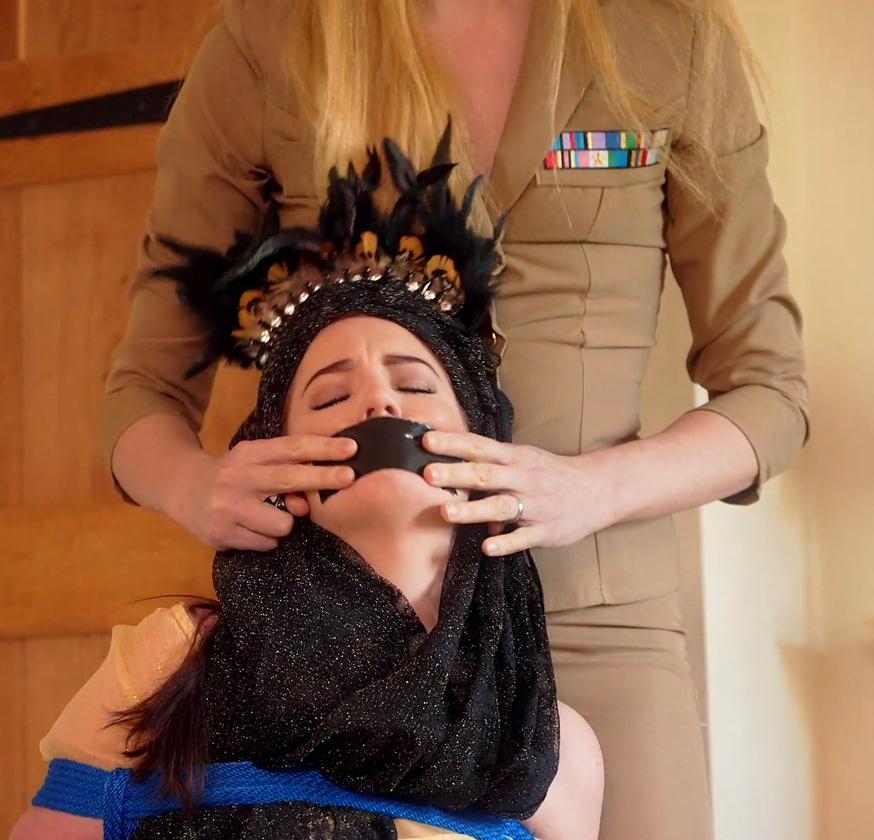 Air Force police officer Ariel seizes Zoe the intruder and tapes her tight with black duct tape, in order to restrain her while Ariel binds her much more stringently in tight rope. She gags Zoe with a tape gag while she binds her.

Once she is tied, Ariel rips off the tape in order to interrogate the intruder! 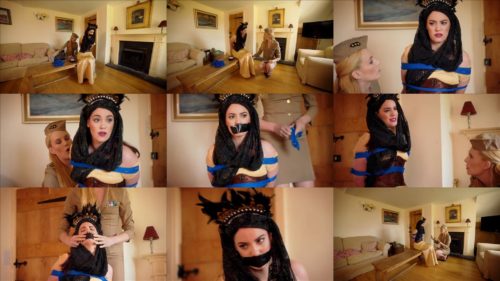