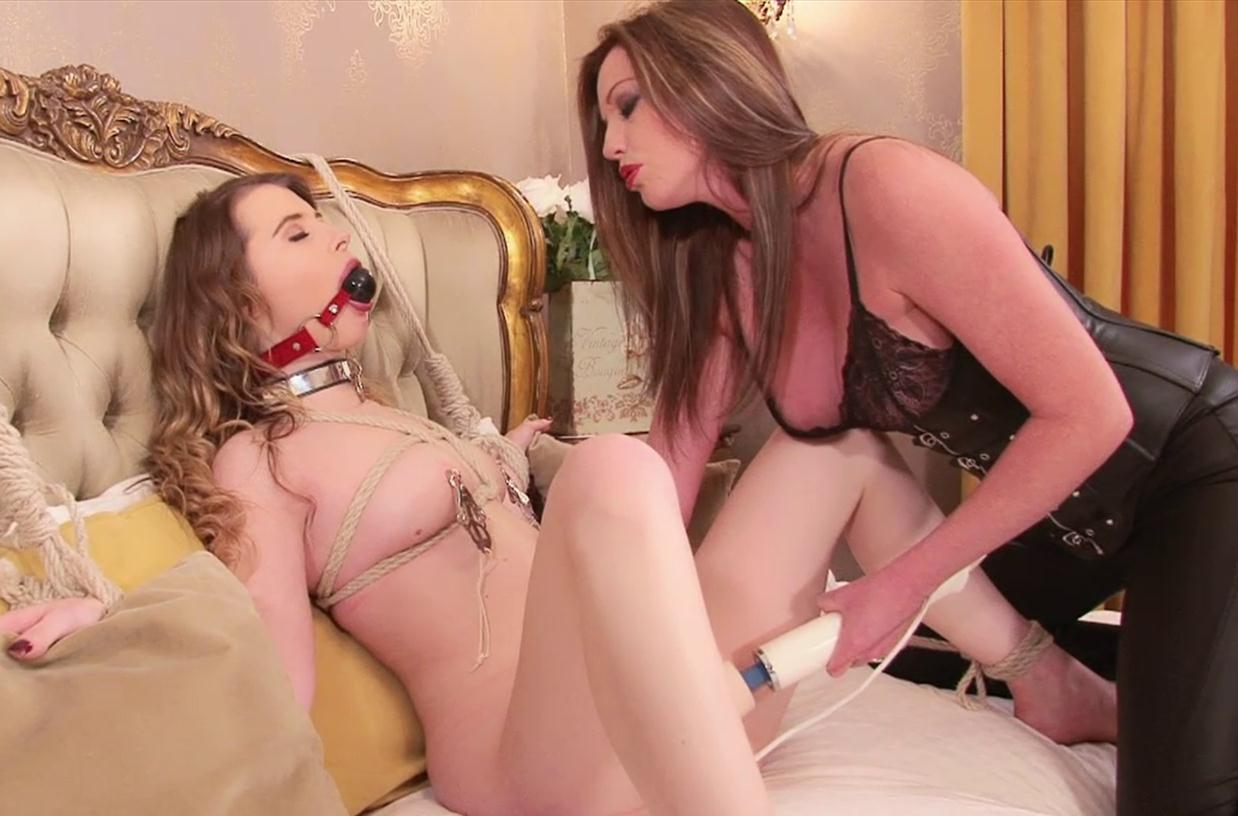 Holly brings little Brook to orgasm through her panties. But if Brook thinks that’s all she has to endure she is very, very wrong… Holly cuts off Brook’s clothes! She clamps her nipples with clover clamps and, with Brook’s legs tied spread wide, Holly works her stolen property Brook to orgasm upon exhausting orgazm! 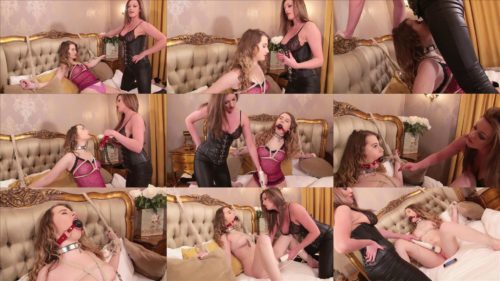